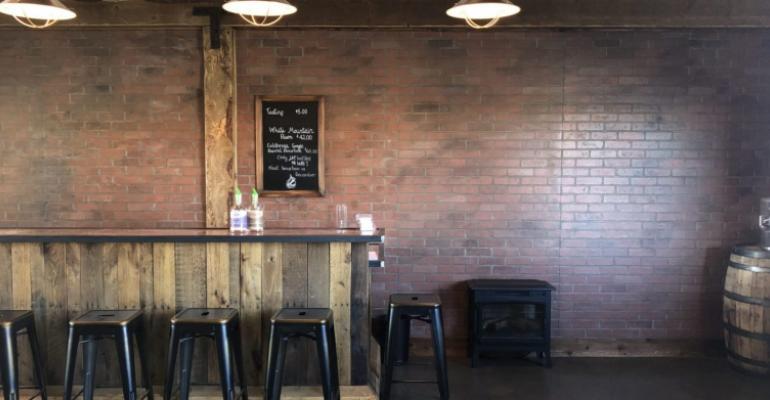 Poet Ogden Nash quipped, “Candy’s dandy but liquor’s quicker,” however the latter doesn’t apply to the making of barreled spirits. John Mendel, a former automotive executive, can testify to that.

After more than 40 years in the auto industry, Mendel retired in 2017 as executive vice president of American Honda’s automotive division. The year before, he founded Devils Creek Distillery in his hometown of Mammoth Lakes, CA, south of Yosemite National Park. 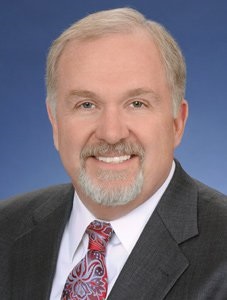 He, his wife Luan and their two sons run the place. Mendel still is an automotive consultant. He recently served as chairman of the annual Automotive Consumer Experience Summit in Marina Del Rey, CA. (John Mendel, left)

At that conference, Mendel tells Wards about his spirited initiative of making small-batch liquor in retirement.

Wards: You had a great run at Honda. Now you are doing something completely different. Talk about that.

Mendel: As I was contemplating chapter two, we researched different areas and it evolved to craft distilling. One thing led to another and we started a family enterprise with my two sons, one who lives in Australia the other who lives in Mammoth Lakes.

We thought distilling would be interesting because of the craft part of it. We’re passionate about barrel-aged spirits. We’re producing a bourbon, rye and rum, with other products to come. We’ve put about 50 barrels up already.

We began selling our product in October. We opened a tasting room up there. World headquarters is about 1,200 sq. ft., (115 sq. m) consisting of production space and a business part. We’re having fun doing it. We’re doing a lot of educating and bonding with customers.

Wards: It’s ironic to go from a company that mass-produces vehicles to this low-volume business.

Mendel:  It was just coincidental. But the piece for me really is about engaging customers. I learned a lot about that from Honda. Clearly, it’s about having a great product and a great story where the passion comes through. That’s starting to pay off for us.

Wards: What cross-over attributes do you bring from Honda?

Mendel: That intense focus on the customer, where the customer is but kind of a god. Because ultimately, we live and die by what the customer decides to do with your brand.

Let’s face it, there’s no shortage of competition out there. Jim Beam and Jack Daniels can rest quietly in their graves; we’re not going after them.

We are small but excel at what we do. Our first product – a bourbon – at one year old just won a bronze medal at a craft distilling convention against a seven- and nine-year-old in first and second place. We were happy with third, but we’re going for No.1.

We’ve got several more barrels up that will go longer than a year. We’re being rewarded by what customers tell us. That intense focus on the customer is what I brought from automotive. The customer will make or break you. You can only fool them once. When you are selling a high-end craft spirit, they have high expectations.

Wards:  How do you market it?

Mendel:  We do a bit of newspaper advertising. We’re currently localized in the Mammoth market, a big resort area. We’re in some bars. I’m the chief marketing officer, sales guy and maintenance guy.

We’re family-owned and -argued, as we like to say. My wife handles compliance. My one son is the distiller. My other son and his wife, who live in Australia, are the product-development people. They are big into craft cocktails. Our daughter-in-law in Mammoth is our social-media and internet-advertising person.

Wards: How old are your sons?

Wards:  Did you collectively as a family decide this is what you wanted to do?

Mendel: We did. The funniest part was going from kind of a type-A job where you are traveling 250 days a year and often appearing in front of crowds. When I talked about retiring my wife and sons said, “Yeah, but what are you going to do?” I said, “What do you mean? I’m going to take time off.” They said, “No, no, no, you have to have something to do because we know you; you’ll drive us crazy otherwise.”

I still do some board work and consulting, but the distilling is the full-time path. No one is paid. It is in start-up mode. We’re three years in. It’s kind of a stupid business actually. You take a lot of resources, put them in expensive barrels and five years later hope someone will buy it.

So cash flow is not super good. That’s why a lot of craft distilleries start with gins and vodkas. You make them today and sell them tomorrow. We took the other approach and said, “We are going to do the things that are toughest to do first.”

We’re passionate about barrel-aged products. We love the alchemy between the alcohol and the wood, and what that does for the spirit. We can always do the vodka and gin later.