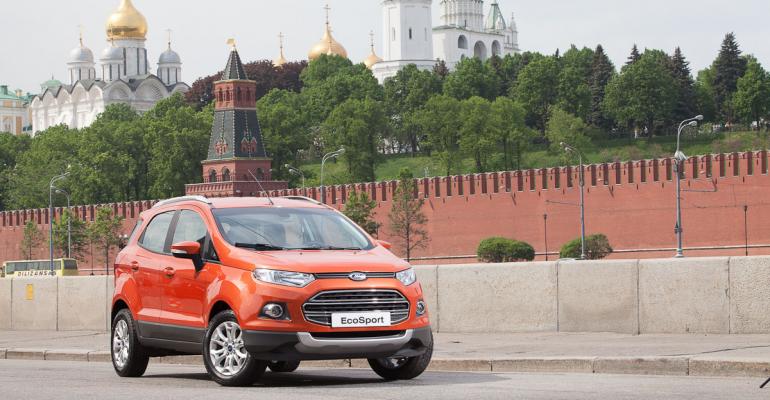 Russian Ministry of Industry and Trade analysts believe auto-parts exports are rising not only because of the ruble&rsquo;s declining value, which lowers manufacturing costs, but also because global automakers are making greater use of their Russian production capacities.

ST. PETERSBURG – Global automakers operating in Russia have significantly increased exports of auto parts from the country, largely because of the declining value of the ruble and reduced demand by the slumping local automotive market.

Russian Ministry of Industry and Trade analysts believe auto-parts exports are increasing not only because of the ruble’s declining value, which lowers manufacturing costs, but also because the global automakers are making greater use of their Russian production capacities.

Renault, for example, doubled its exports in first-half 2017 from a year earlier, to €35 million ($41.7 million). Also increasing exports were PSA Group, Ford and Volkswagen Group.

The range of exported auto parts also has been growing. Renault exported 160 items in 2016 and is shipping 191 items out of Russia this year.

Major items being exported include stampings, plastic parts, brake system parts and lighting equipment. Some 49% of the exports are going to Asia and Europe, while 23% are going to Latin American countries.

Volkswagen exported 45,000 auto parts from Russia in 2016 and this year’s volume is comparable, company sources say. Major markets include Mexico, the European Union and the Commonwealth of Independent States region.

Ford’s Russian joint venture, Ford Sollers, has been supplying alloy wheels, spark plugs, interior and exterior stampings, glass and gaskets to Ford’s European operations. The current level of exports is expected to grow after Ford launches production of its EcoSport CUV in Romania this fall.