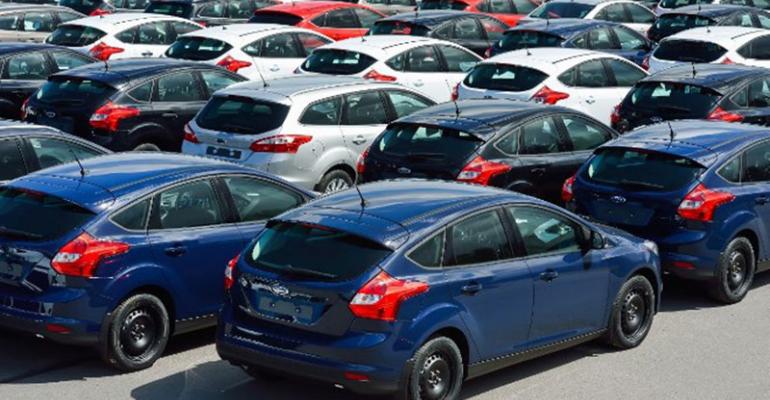 Ford says countries manipulating their currencies should lose benefits gained through a free-trade deal such as the proposed agreement between the U.S. and the EU, which is expected to be the world&rsquo;s biggest once concluded.

BRUSSELS – Ford is pressing U.S. and European Union negotiators involved in the world’s largest-ever bilateral trade talks to write promises not to manipulate currency-exchange rates into the resulting agreement.

Executives from the U.S. car giant tell WardsAuto in a private briefing they want to create a global precedent by writing these commitments into the planned EU-U.S. Transatlantic Trade and Investment Partnership.

Ford contends global auto trade has been distorted by the recent deliberate weakening of the yen by the Japanese government. While it does not fear the U.S. or EU governments are likely to manipulate their currencies, at least in the short term, it wants such practices to be declared taboo in global trade policies.

“We believe currency manipulation is the most egregious non-tariff barrier, so we see the impact of that on exports to other markets,” says Michael Sheridan, Ford director-global trade strategy and policy. “And at the same time it’s a subsidy for exports coming into markets around the world.”

Ford is using Asian exporters as an example of how damaging currency manipulation can be, hoping to persuade EU negotiators to include such a pledge in the transatlantic trade deal – creating an influential global precedent.

South Korea and Japan “have shown a tendency to intervene in the market to support their exports,” Sheridan says, noting this policy has a triple effect: It subsidizes exports of Korean and Japanese cars not only to the EU and the U.S., but also to other regions such as the Middle East, while at the same time closing the Korean and Japanese markets to European and American cars.

According to Ford and the Peterson Institute for International Economics, the Japanese yen weakened by 29% between October 2012 and September. A €25,000 ($33,821) car imported from Japan into the EU would cost €6,000 ($8,111) less because of the weaker yen, Ford claims in a document sent to the European Commission’s directorate general for trade.

The automaker is proposing that countries manipulating their currencies should lose benefits gained through a free-trade deal. Including such a measure into a trade agreement between the U.S. and the EU, which is expected to be the world’s biggest once concluded, would set the standard for other such agreements, according to Ford.

The automaker has pushed the issue with U.S. and European trade negotiators as they engage with each other and with Japan during talks to create an expanded Trans-Pacific Partnership trade deal that would include the U.S., Japan and other Pacific Rim countries but not China.

At the end of September 60 U.S. senators, led by Michigan Democrat Debbie Stabenow and South Carolina Republican Lindsay Graham, sent a letter to U.S. Trade Representative Michael Froman asking him to crack down on currency manipulation in the 12-country TPP talks. According to the office of Georgia Republican Sen. Saxby Chambliss, who signed the letter, no response has been received so far.

However, USTR spokeswoman Carol Guthrie signals some backing for the idea, telling WardsAuto: “Continuing to move major economies toward market-determined exchange rates and promoting a level playing field for American workers and firms remains a top priority for the Obama Administration.”

This could be important, as official European Commission statements show the EU has not yet accepted inclusion of a currency-manipulation clause into the transatlantic deal.

“Trade negotiations discuss tariffs and regulatory (and) investment issues and not currency issues,” a spokeswoman for economic affairs at the EC says. Nonetheless, she adds: “The Commission underlines the commitments (by the governments of the major developed and emerging countries) that exchange rates should be market-determined and not targeted for competitive purposes.”

So with the idea in play, Ford will push the issue forward with European negotiators. “As we start to define what truly is a 21st-century trade agreement, we have to step back and see what are the issues that need to be dealt with effectively that are really impacting trade in a negative way,” Sheridan says. “And nothing is more important in the world of trade than currency.”