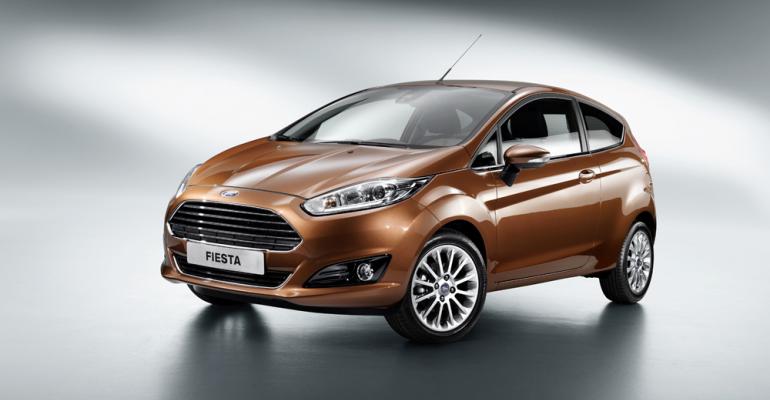 PARIS – The Ford Foundation will begin teaching young Europeans how to drive more safely in five countries this fall.

The $1.5 million effort will build on the Ford Driving Skills for Life program that began in the U.S. 10 years ago.

Nonetheless, young drivers are the worst on both continents. While they make up 9% of the European population, drivers aged 18-24 account for 20% of the highway fatalities in Europe. Some 76,000 people were killed on roadways between 2000 and 2009.

Young drivers lack experience and prudence. While experience only can come with time, the Ford program will attempt to teach skills to 5,000 young Europeans this year to prepare them for dangers drivers can encounter.

The auto maker will take the program to three or four universities or community colleges this fall in France to be chosen from candidates by Ford and the Prevention Routiere safe-driving association. They expect to train 500-1,000 young French drivers this year and expand the effort in 2014.

Similar programs will start this fall in Germany, the U.K., Italy and Spain. Instruction will be tailored to each country. In Germany, for example, where the green movement is exceptionally strong, students will receive extra instruction on eco-driving.

Ford’s training is in four areas: distraction, understanding the dangers, mastering the car itself and understanding and managing speed. The World Road Assn. says 93% of all accidents have a human-behavior factor.

At a prototype training session in Germany this spring, trainers had students drive a curvy course around pylons while texting with one hand. Ford also used a mask that imitates the lack of perception in a state of insobriety to demonstrate the effects of drinking. Alcohol is involved in 40% of young driver fatalities in France.

In the U.S. and Asia, where the program already has been launched, some 100,000 young drivers have been instructed. There is statistical evidence that graduates of the Ford training obey the rules of the road better than their peers who have not gone through the course, Ford spokesman Fabrice Devanley says.

The training vehicles will be Ford Fiestas. Ford France President Jean-Luc Gerard says the B-segment car has a “parental control” function that allows parents to limit the top speed and maximum volume of the audio system when handing the keys to their children.

In addition to the physical instruction of the Driving Skills for Life program, Ford has a website for virtual learning by anyone who wants to visit. Some 500,000 people already have used the site, the auto maker says.