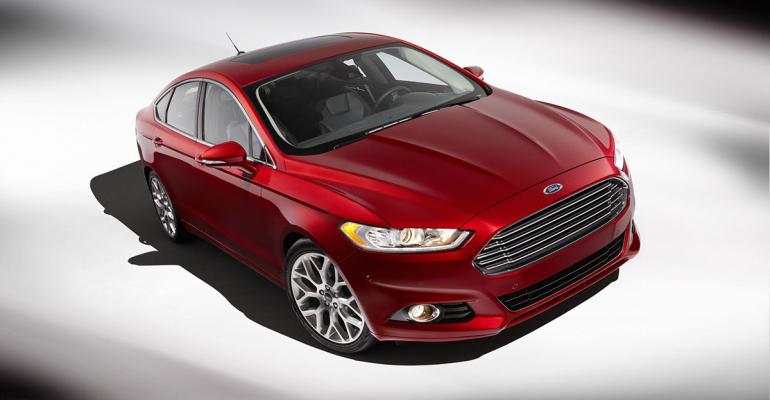 Ford Sales Rise 2.4% in November Due to Key Models

Ford truck sales got a boost from commercial buyers purchasing F-Series pickups and E-Series vans for tax purposes at the end of the year.

Ford’s U.S. November sales rose 2.4% over year-ago on a daily rate basis on the back of strong performances of key models, including the Fiesta B-car and Fusion midsize sedan, up 21.0% and 45.1%, respectively.

Last month’s tally of 185,200 U.S. deliveries, which marked the automaker’s best November since 2004, reflected gains across some segments, with a few nameplates turning in poor performances.

“It’s not surprising with the improvement in the economy and business environment, and at the end of the year because of tax purposes companies step up and buy,” he says during a conference call with analysts and journalists to discuss November sales results.

Utility sales were mixed, with most showing drastic declines, including the Escape small CUV (down 3.7%), Edge midsize CUV (16.9%) and Lincoln MKX luxury CUV (11.2%).

While it’s not unusual for Edge and MKX sales to fluctuate, Escape historically is one of Ford’s strongest performers. But Felice points to the Escape’s 20,988 deliveries for the month, saying he is not concerned by the November slump.

“We were pleased with Escape, which had a 9% increase in retail sales,” he says. “Year-over-year fleet (demand) was down significantly, so retail was strong while fleet sales were down.”

The Focus C-car, typically a stalwart in Ford’s lineup, was another disappointment, posting a 19.9% decline vs. year-ago to 15,239 units.

Felice says the Focus was the victim of the recently revamped Fiesta pulling away buyers, and stresses the car’s transaction prices are among the highest in its segment.