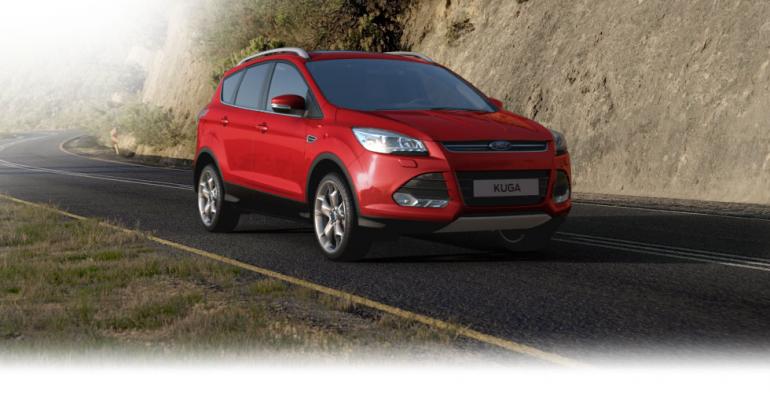 The decision mainly is the result of a significant decline in demand for Ford sedans and hatchbacks among Russian consumers, as well as competition in the form of lower-priced small cars from South Korean automakers Hyundai and Kia.

Ford’s Russian joint venture with local assembler Sollers shifts its focus toward increased production of the CUVs and SUVs that have played a key role in the country’s recovering light-vehicle market.

The decision mainly is the result of a significant decline in demand for Ford sedans and hatchbacks among Russian consumers, as well as competition from lower-priced small cars from automakers such as Hyundai and Kia. The JV cut prices across its model lineup several weeks ago and is not ready to reduce them further.

SUV sales, meanwhile, have been rising. Ford predicts SUVs will hold a 60% share of the Russian market by 2019.

“In fact, we currently produce almost the entire range of Ford, however, we see that some of these models cannot withstand competition amid the current market conditions,” Sollers CEO Vadim Shvetsov says. “In this regard, we will have to adjust the existing strategy of further development in Russia, through the paying of more attention for the production of crossovers and SUVs to local consumers.”

Increased SUV production may begin at Ford Sollers’s Vsevolozhsk plant, which now produces Focus and Mondeo sedans but is operating at only 30% of capacity.

Ford sales in Russia totaled 13,429 for the year’s first four months, down 0.5% from like-2016, according to WardsAuto data. Total Russian light-vehicle sales were up 2.6% in the period.

Russian Sales Rise for Third Straight Month in May
Jun 08, 2017