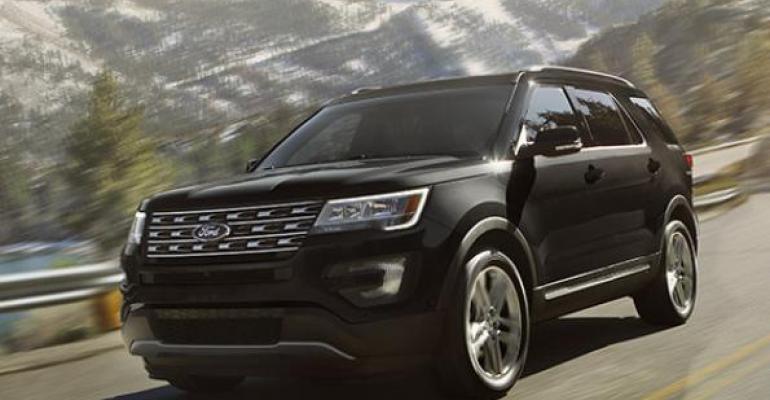 ST. PETERSBURG – The Ford-Sollers joint venture between Ford and Russian automaker Sollers is recovering along with the rest of the Russian automotive market and is pursuing a growth strategy that includes more local production and a bigger sales network.

CEO Adil Shirinov says the JV’s main short-term goal is becoming more financially stable. The company is close to breaking even for the first time since Russia’s economic crisis began to develop in 2014, but Shirinov says additional measures are needed to achieve it.

A spokesman for Russian Minister of Industry and Trade Denis Manturov says Ford-Sollers has the capacity to produce up to 350,000 cars per year, and its recent sales upturn should mean increased capacity utilization.

Industry analyst Ivan Beregin believes Ford-Sollers will continue to focus primarily on the CUV and SUV segments of the market.

The JV last month launched sales of a new-generation Explorer priced at RR3 million ($52,000). This is a relatively big price tag in Russia but Ford-Sollers hopes to achieve big sales of the SUV, taking into account Russians’ attraction to large utility vehicles and their willingness to take out long-term car loans.

Shirinov says Ford-Sollers also hopes to expand within the market’s C-segment, where the top seller is its Focus.

As part of its plans to continue localizing production, the JV has said it will start manufacturing transmissions in Russia. Finally, it has announced plans to significantly expand its current network of 112 dealerships in the country.

Ford-Sollers strengthened its Russian management team last year by naming Shirinov to head the JV. Ministry of Industry and Trade analysts note Shirinov has worked nearly 10 years for the company and, as a Russian citizen, is well-versed in ways of doing business in Russia. They also say that, unlike his American precedessors, Shirinov has the government and business connections that will make him a better advocate for the company’s interests.

Ford-Sollers employs more than 3,800 people at four production sites and an R&D center in Russia.

The Naberezhnye Chelny plant manufactures EcoSport CUVs as well as Fiesta hatchbacks and sedans. Production of Mondeo and Focus sedans and hatchbacks is localized in Vsevolozhsk in the St. Petersburg region. The Elabuga plant assembles Transit, Explorer and Kuga models, along with the Duratec 1.6L engines.