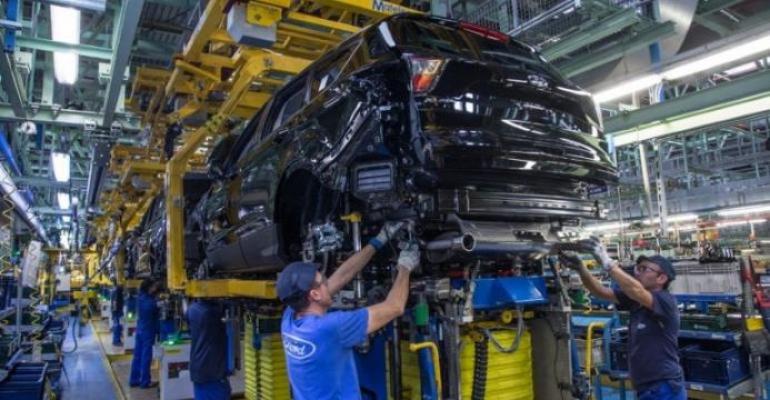 The automaker plans to cut daily production at the Almussafes plant by 100 units, from 1,740 to 1,640. It also trimmed production by 100 units per day at the end of September.

MADRID – Ford Spain has notified unions representing 7,400 workers at the Almussafes plant that it intends to permanently lay off 400 employees as car demand drops across Europe.

The permanent layoffs would follow four rounds of temporary layoffs in 2019.

Deliveries of the new-generation Kuga, a CUV manufactured exclusively for Europe at Almussafes, have failed to offset slow sales of the other models assembled there: Mondeo, S-Max and Galaxy cars and Connect and Tourneo vans.

Ford Europe President Stuart Rowley announced in January the automaker would invest €42 million ($47 million) in the Spanish plant to support its electrification strategy.

More than half of that total, €24 million ($27 million), was earmarked for two battery-assembly lines, one for hybrids and one for plug-in hybrids; €10 million ($11 million) was dedicated to Kuga hybrid production; and the rest was committed to electrified versions of the S-Max and Galaxy powered by a 2.5L Atkinson-cycle gasoline 4-cyl., electric motor and lithium-ion battery.