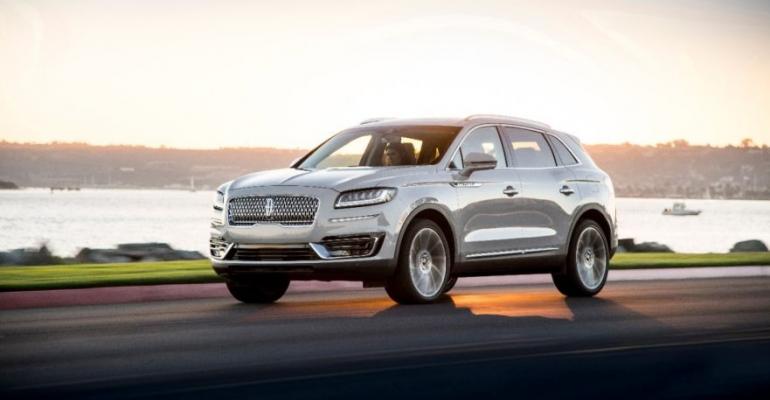 Joseph Hinrichs, Ford executive vice president-global operations, is concerned about the ramifications of missing deadlines for completing NAFTA negotiations, and says automakers are pressing Washington for a broad trade agreement covering all of North America.

A key Ford executive tells a group of suppliers the automaker’s drive for “fitness” represents shorthand for modernizing its processes and ensuring it is competitive in a changing global industry.

“It’s a very important topic for us. We have an important role to play,” Hinrichs says, noting he has spent more time recently working on trade issues in Washington, D.C., than ever before.

Trade also was very much on the mind of Hinrichs’ audience, which included executives and managers from companies both in the U.S. and Canada.

“If I buy a raw casting in China and machine it in Canada, do I have to pay tariffs on it? I don’t know,” says Holger Kretschmann of SHW Pumps and Engine Components in Brampton, ON, Canada.

Hinrichs says there is a need for a three-way auto agreement.

“The challenges right now aren’t around the auto business” but involve other matters such as timber, cultural issues and milk, he says. “I’m worried a little bit that time will catch up with us.”

Hinrichs says he is concerned that missing key deadlines for completing the NAFTA talks could have unforeseen consequences and hurt the overall competitiveness of the North American auto industry. Tariffs on aluminum and steel already have added significant cost to the price of new vehicles, Hinrichs told reporters after his OESA appearance.

Hinrichs (below, left) also says Ford CEO Jim Hackett uses “fitness” to describe competitive issues. “It’s another word for competitiveness. He comes from an athletic background,” Hinrichs says of Hackett, who played football at the University of Michigan and was the school’s interim athletic director from Oct. 31, 2014, to March 11, 2016.

The emphasis on fitness means Ford is looking at every element of its business. That includes purchasing, where the automaker seems to have too many people tied up drafting commercial paperwork that has little bearing on “order to delivery time” – the time it takes Ford to build a vehicle from the time the order arrives to when the vehicle is delivered to a customer. 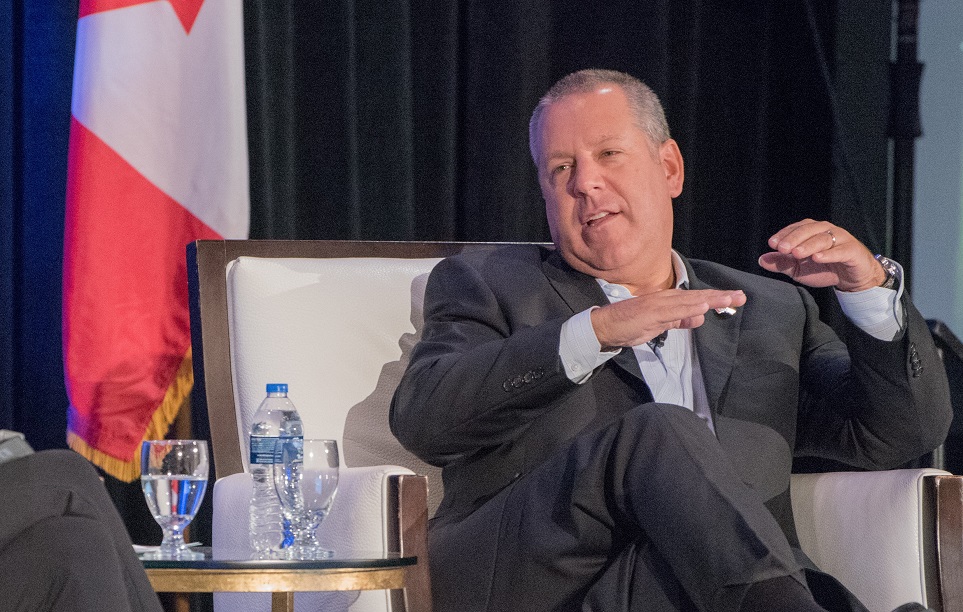 Order to delivery time hasn’t changed at Ford in 15 years, Hinrichs notes. “Why is that? The world has changed dramatically in the last 15 years.”

As part of its drive to improve its fitness, Ford must make better use of the communications tools it has available to reduce the time it takes to fill an order, he says. That also would help Ford reduce inventories of unsold vehicles, in turn helping the company and dealers save money. “We don't need 70 days of inventory,” Hinrichs says.

Another of Ford’s key objectives under Hackett’s fitness plan is to reduce the amount of time it takes to develop new products. The relatively slow pace of product development is one of the reasons Ford’s business in China has been hurt over the past 18 months, Hinrichs says.

Despite recent setbacks, Ford is committed to staying in the Chinese market, which Hinrichs calls “a core business for us.” The automaker is preparing to launch several new vehicles in the next few years to reverse its recent slide in the country.

The U.S.-China trade dispute, however, has complicated matters. With tariffs on vehicles imported into China now reaching 40%, Ford is looking to expedite plans to build more Lincoln models in Chinese plants. “You can't leave dealers without products. However, the Republic of China’s 40% tariffs on imported vehicles makes the business case for exporting vehicles from the U.S. very difficult,” Hinrichs says, adding the most difficult aspect of tariffs is that they make it difficult to plan for the future.

“We have to stay deeply engaged,” he says, noting a number of significant trade conversations are going on all at one time like “nothing I've ever seen before.”

Brexit, the U.K.’s plan to leave the European Union as soon as next year, is a case in point. Ford is the market-share leader in the U.K., but Brexit has made maintaining its business in the region more difficult. Companies such as Ford need certainty to plan for the future, Hinrichs says, adding, “You also have to watch every word you say because of the political nature of it.”

Hinrichs adds the political nature of any restructuring by Ford, which has thousands of employees and dozens of plants around the world, has been the key reason the automaker has been reluctant to discuss its plans publicly.

The lack of transparency has drawn fire from several analysts, who have pressed Ford to be more open about future plans.

Hinrichs, however, notes the company has various constituencies, including unions as well as local and national governments, with which it must consult before it proceeds with restructuring.