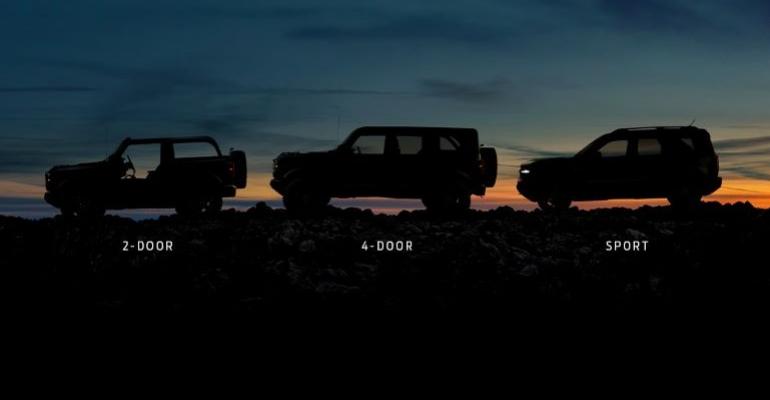 “Rugged vehicles are in our heritage and we see strong growth opportunities with this ever-more popular segment,” says Ford top executive Kumar Galhotra.

Ford put its old-school boxy Bronco SUV out to pasture 24 years ago. Next week, the automaker unveils three models for Bronco’s ballyhooed return to the market.

Ford hopes to give the likes of Jeep and Toyota 4Runner a run for the money with a new 4x4 stable of Broncos: a 2-door, first-ever 4-door and smaller Sport model with slightly more exterior curvature. 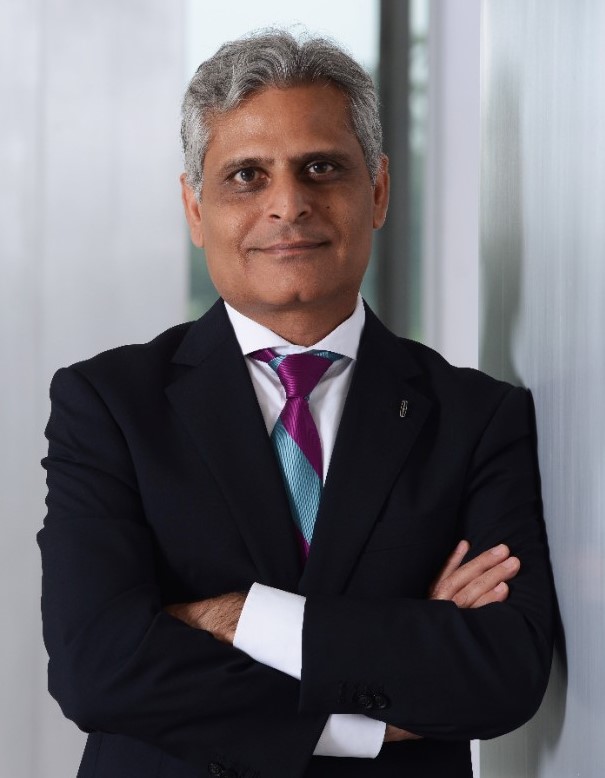 The automaker says the 2021 Broncos are engineered to deliver off-road experiences that have been tied to the vehicle since its 1966 debut. It left the market 30 years later, in part because of declining consumer interest in 2-door light trucks.

The marketing mantra for the new models is Built Wild. The company says that’s intended to convey ruggedness, durability, design innovation and levels of personalization for both novices and expert adventure-seekers.

Ford also has created Bronco Nation, an online off-roader community. The automaker will offer new-Bronco merchandise, too, ranging from collectibles to apparel.

Ford’s off-road SUV roots trace to World War II when it built rugged carry-all vehicles for GIs in the battlefield. Ford’s entry was called the GP, for General Purpose. More than 270,000 were built.

GIs returning home bought Army surplus GPs for work and play. But the vehicles were too small and uncomfortable for civilian life, according to Ford research from the early 1960s.

So, the auto company developed a more refined and spacious off-roader, Bronco, originally nicknamed G.O.A.T. by Ford product manager Donald Frey who championed both the Bronco and Mustang, which today essentially is the only remaining car in Ford’s lineup that centers on utility vehicles and pickup trucks.

Ford dubbed the original 1966 Bronco as a sports-utility vehicle, the first SUV reference by an American manufacturer.

Early models had a body-on-frame design with short front and rear overhangs, high ground clearance and a short wheelbase for off-roading capability. 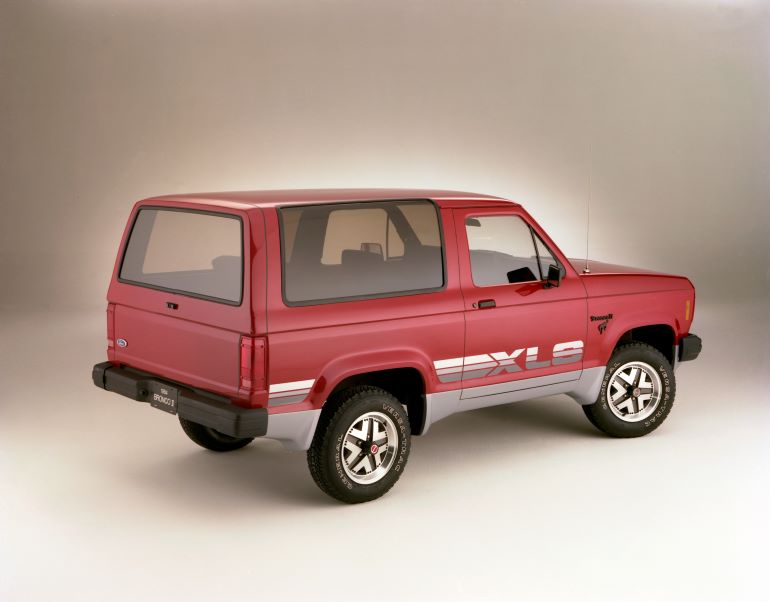 Of the new Bronco’s product development, Galhotra says, “We’ve leveraged extensive off-road experience from vehicles like our F-150 Raptor to ensure that every Bronco delivers the ‘Built Wild’ toughness and durability our customers expect.” (1983 Bronco, left)

“It has instant recognition across generations,” he tells Wards. “It has been out of the market so long, it carries no baggage and lots of positive rugged, American off-road imagery that gives it instant credentials.”

Ford plans a national online and TV unveiling on July 13. That’s also when a reservation system opens for prospective buyers who would pay a $100 refundable downpayment.

The reintroduced Bronco comes about two-and-a-half years after Ford announced the nameplate’s impending return at the 2017 Detroit auto show.

Since then, valuations of early Broncos have soared. Classic-car auction house Barrett-Jackson says the average first-generation Bronco sale price went from $39,763 to $74,820.