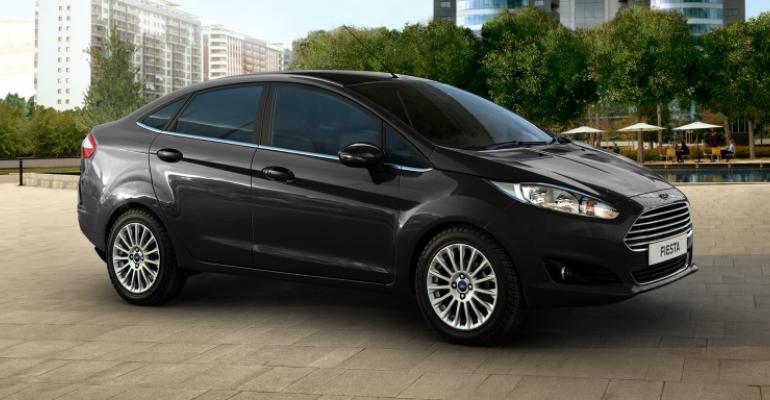 The automaker is cutting prices and expanding its product range in an effort to pull out of a tailspin that saw July sales drop 21.3% from like-2014 and 52% for the year&rsquo;s first seven months, according to WardsAuto data.

The automaker will cut prices and expand its product range in an effort to break out of a slump that saw July sales drop 21.3% from like-2014 and 52% for the year’s first seven months, according to WardsAuto data.

Ford recently announced price reductions for its cars in Russia of 4% to 15%. Higher prices set early in the year were a major factor in the automaker’s sales decline, according to Russian Ministry of Industry and Trade analysts.

Ford also looks to recover by broadening its product range starting with the Fiesta sedan and hatchback that went into production in June. Sales launched in July. According to Autostat Russia, prices for the sedan start at RR525,000 ($7,500) and for the hatchback, RR599,000 ($8,500).

The automaker several weeks ago began production of sedan, hatchback and wagon versions of its new-generation Focus at its plant in Vsevolozhsk, 14 miles (24 km) east of St. Petersburg.

Ford currently produces eight models in Russia on three sites. The company plans to increase its level of localization, currently estimated at 40%, by launching production of 1.6L gasoline engines by year’s end at its plant in the Alabuga special economic zone in Tatarstan province. The new engine will be installed in Focus, Fiesta and EcoSport models.

Ford continues expanding its Russian presence despite the country’s adverse business environment. The automaker in April gained control of the Ford Sollers JV by purchasing additional preferred shares that gave it “the majority of votes and the right to make some important decisions,” Ford said without elaborating.

Ford and Sollers continue to hold 50% stakes in the JV’s ordinary shares.