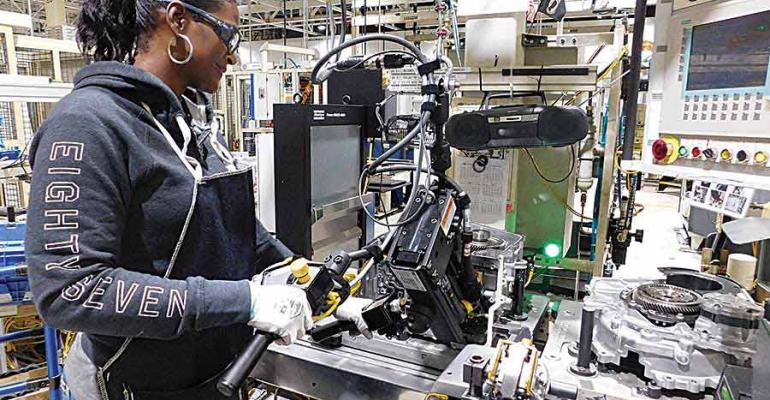 Ford is offering to transfer workers at the Sterling Heights, MI, plant to positions that could be available at a nearby axle plant and in Romeo, MI; Lima, OH; and Chicago, the UAW says.

Ford is preparing to eliminate 230 jobs at a transmission plant in suburban Detroit.

The automaker notified UAW Local 228 in Sterling Heights, MI, that layoffs at the Van Dyke Plant will begin in March as it works to “rebalance our production to match capacity with customer demand.”

In turn, Local 228 sent a letter to members explaining legacy members with seniority will be able to “bump” into other jobs at the Sterling Axle Plant, also in Sterling Heights.

Ford also is offering to transfer workers to fill positions that could be available at plants in Romeo, MI; Lima, OH; and Chicago, according to the letter. Thus, the actual number of laid-off employees will depend on how many the UAW can place in other plants and how many accept transfers to other facilities.

Ford announced last month it was phasing out production on two shifts at assembly plants in Flat Rock, MI, and Louisville, KY. General Motors announced shortly afterward it was closing seven plants in North America due to declining car sales, a move that will result in 6,200 layoffs of hourly workers and 8,000 salaried workers.

Mindful of the harsh political fallout that followed the GM announcement, including a series of critical tweets from President Donald Trump, Ford emphasized that workers displaced by the impending cuts at Flat Rock and Louisville will be offered jobs at nearby Ford plants.

Ford is adding more than 500 jobs at the Kentucky Truck Plant and moving roughly the same number of jobs there from the nearby Louisville Assembly Plant to increase Ford Expedition and Lincoln Navigator production 20%.

Ford is adding about 500 jobs at the Livonia (MI) Transmission Plant, which builds gearboxes for vehicles including F-150 and Ranger pickups.

Sales of trucks and SUVs have increased industrywide in 2018, but automakers are growing more concerned about the prospects for 2019. Wards Intelligence predicts 17.1 million light-vehicle sales this year and projects 16.9 million for 2019.