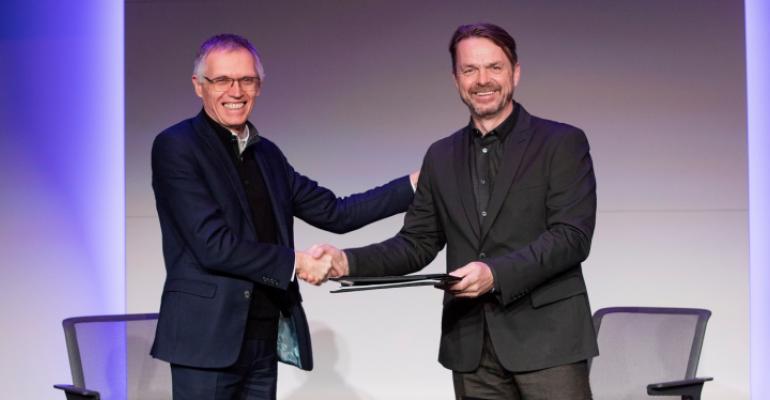 Fiat Chrysler Automobiles and the PSA Group (parent to Peugeot, Citroen and DS Automobiles) have agreed to terms for a $50 billion merger that is set to hold deep repercussions for the global auto industry.

The world’s eighth- and ninth-largest automakers say they have struck a “binding combination agreement” that will merge their operations in a move aimed at creating greater scale and ability to invest in new technologies as the industry undergoes a transformative switch from conventional combustion engines to all-electric propulsion.

Shareholders of FCA and PSA are planned to hold 50% ownership in the merged entity in a tie-up that, on current combined global sales volumes, would rank it as the world’s fourth-largest automaker.

FCA and PSA say the merger should be completed within the next 12 to 15 months subject to shareholder approval and regulatory clearance.

When completed, it would create a new American-Franco-Italian automotive conglomerate, based in the Netherlands but listed on the New York, Paris and Milan stock exchanges, with total annual vehicles sales of 8.7 million and annual operating profit of more than $12.2 billion.

In an announcement today, FCA and PSA confirmed no manufacturing plants will close as a result of the merger, which they estimate would result in annual costs savings of $4.1 billion.

The two automakers have yet to reveal the workings of the merger, including how they plan to tackle potential excess manufacturing capacity, where they intend to base their R&D facilities and which platform structures will underpin new models.

“At this stage nothing is decided. We have been evaluating what the opportunities are,” PSA Chief Executive Carlos Tavares, who will head up the merged entity as CEO for an initial term of five years, reveals to the media.

“Our merger is a huge opportunity to take a stronger position in the auto industry as we seek to master the transition to a world of clean, safe and sustainable mobility and to provide our customers with world-class products, technology and services,” he says.

FCA Chairman John Elkann will become the new company’s chairman. Elkann is the grandson of Gianni Agnelli, who controlled Fiat until his death in 2003. The Agnelli family will have representation on the board of the merged entity alongside the Peugeot family and Bpifrance, the French state’s investment division – itself supervised by the Central European Bank.

FCA and PSA confirm the new company would have 11 members, with five nominated by FCA and another five by PSA. These will include labor representatives from both sides.

Before the merger is completed, one of PSA’s leading shareholders, China’s Dongfeng, plans to reduce its existing 12.2% stake in the French automaker by selling 30.7 million shares back to PSA in a deal worth close to $750 million. Dongfeng Motor Group will then control a smaller a 4.5% stake in PSA in a move seen as helping the merger gain regulatory approval in North America.

“This is a way of supporting this merger and making sure we don’t have bumps on the road,” Tavares says.

Further restructuring measures planned before the impending merger include a deal by FCA to pay its shareholders a special $6.1 billion dividend as well as handing investors its shares in its robot-making division Comau, which will be spun off as a separate company.

PSA also will distribute its 46% stake in automotive component manufacturer Faurecia to its shareholders in a deal worth close to $3.6 billion on current market value.

An agreement on the merger comes after a proposed deal between FCA and PSA’s French rival Group Renault fell through in June 2019.

Earlier, FCA said opposition from the French government had prevented a tie-up with Group Renault. However, its leading officials remained convinced of a need for a merger and subsequently pursued talks with PSA.