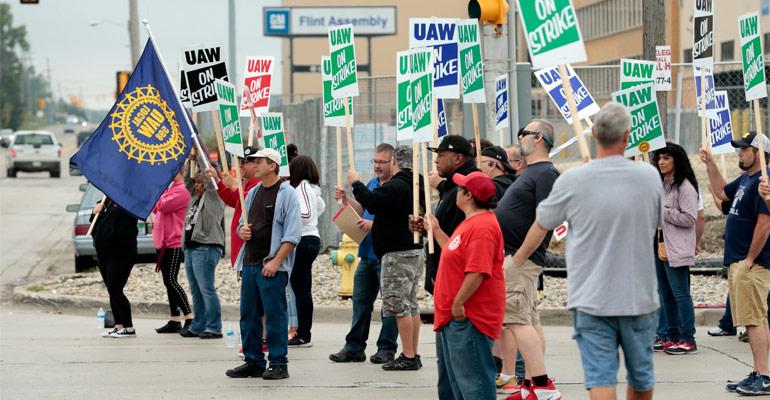 The strike by 49,000 full and part-time workers follows an impasse that developed almost immediately after the negotiations opened in July.

In what could quickly become the longest national strike against General Motors in nearly 50 years, the UAW set up picket lines around GM factories from Michigan to Texas on Monday.

The strike by 49,000 full and part-time workers follows an impasse that developed almost immediately after the negotiations opened in July. Only about 2% of the voluminous contract language was in place as the Sept. 14 strike deadline approached, says a UAW source familiar with the talks but not authorized to speak publicly.

Major unresolved issues involve the wages and status of new workers and temporary workers, who now account for up to half the workforce in the U.S. auto industry.

Before the talks began, company representatives said during background briefings leading up to the bargaining that a flexible workforce helps hold down labor costs for Detroit automakers, which still exceed those of non-union transplants.

Shutting down North American production will cost GM $400 million per day, according to the investor website Seeking Alpha, which quoted from the Center for Automotive Research in Ann Arbor, MI. Seeking Alpha also notes CAR estimated GM has enough inventory for a short strike of one or two weeks.

GM says it tried to address the union’s economic concerns by offering a mix of what it described as best-in-class wages, a richer profit sharing formula, a ratification bonus of $8,000 and additional health-care benefits, including autism therapy care, chiropractic care and allergy testing.

The automaker also says it would discuss solutions for the “unallocated” assembly plants in Detroit and Lordstown, OH, and investments in eight plants in four different states. The $7 billion represented new money and was not a repackaging of investments already in the GM pipeline for plant modernization.

The UAW was founded in the 1930s on the principle of equal pay for equal work, notes Gary Walkowicz, a UAW committeeman who represents union members at the Ford plant in Dearborn, MI. But a two-tier pay system brokered more than a decade ago pays newer workers a lower wage than “legacy” employees making $31 per hour not including benefits.

During 2015 contract talks, top UAW officers and negotiators underestimated the frustration of the two-tier issue, which created rifts at the plant level. Frustration over the system ultimately led to rejection of the first tentative contract with Fiat Chrysler US.

The UAW was forced back to the bargaining table and it negotiated an eight-year “grow-in” that put newer members on a path to the top wage. In-progression workers want the grow-in period shortened and temporary workers want to become full-time with a chance for better pay, profit sharing and better benefits.

“If you’re full-time you have a chance for a career,” Quentin Williams, a 26-year-old temporary worker at the Ford Rouge complex in Dearborn, said at a rally organized by the Auto Workers Caravan, which has pushed the UAW leadership to become more militant and to end concessions given during the industrywide recession in 2007 through 2009.

“You shouldn’t have to have a second job to work for the Big Three,” he said.

The union has staged selective local strikes several times in recent years, but the last full-blown national strike was an epic struggle in 1970 when GM was a very different company and employed more than 450,000 across the U.S.

After the picket lines went up Monday, union members said the strike was necessary.

“It's about time,” Rick Sugden said as he organized pickets outside the main gate at the GM assembly plant in Orion Township, MI, where the automaker builds electric vehicles.

“GM doesn’t want to pay our health care,” Aaron Edwards of UAW Local 653 said outside the automaker’s complex in Pontiac, MI. “We’re here to protect our wages and our health care.”

GM has earned more than $35 billion over the past three years and the company’s guidance to investors prior to the strike indicated the trend was expected to continue through the third and fourth quarters since vehicle sales in the U.S. remain relatively healthy. 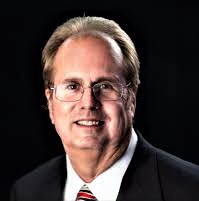 Meanwhile, the International Brotherhood of Teamsters announced its members would not cross picket lines to haul cars stockpiled at GM assembly plants for shipment to dealers around the country.

The union also is dealing with the fallout from the embezzlement scandal created by a federal investigation into corruption among the top union officials.

One member of the UAW executive board, Vance Pearson, is due to appear before a federal magistrate in St. Louis to determine whether he will be turned over to the U.S. Department of Justice to face criminal charges in Detroit.

Pearson is considered a confidant of UAW President Gary Jones (above, left). FBI agents searched Jones’s suburban Detroit home in late August and items seized during the raid were cited in the affidavit charging Pearson with conspiracy and embezzlement.

Jones has been implicated in the federal probe but has not been charged.