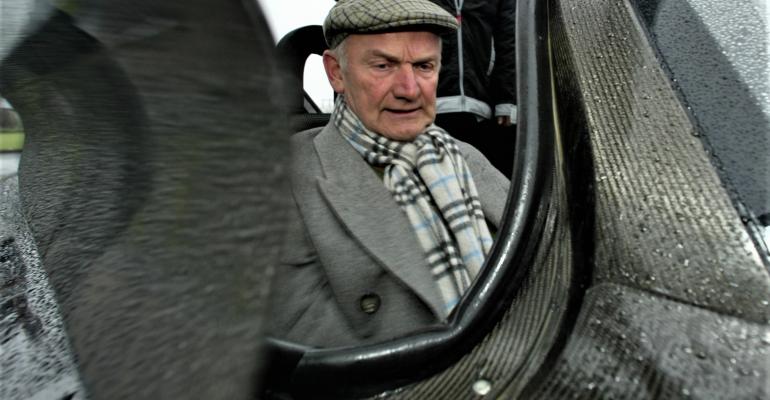 “First and foremost I always saw myself as a product person and relied on gut instinct for market demand. Business and politics never distracted me from the core of our mission: to develop and make attractive cars,” Piech wrote in his autobiography.

Ferdinand Piech, former Volkswagen Group chairman and chief executive, has died. He was 82.

Piech, renowned as the godfather of the German auto industry, died Sunday in Rosenheim in the German state of Bavaria.

His wife Ursula confirmed the passing in a written statement issued Monday via a German lawyer, saying her husband died “suddenly and unexpectedly.”

Grandson of Ferdinand Porsche, father of the iconic Volkswagen Beetle and founder of the sports car maker bearing his family name, Piech is credited with transforming VW from a once-highly bureaucratic German automaker specializing in compact cars for the masses and robust commercial vehicles into a global automotive conglomerate housing a variety of brands, including Audi, Bentley, Bugatti, Ducati, Lamborghini, MAN, Scania, SEAT, Skoda and Volkswagen commercial vehicles.

“First and foremost I always saw myself as a product person, and relied on gut instinct for market demand. Business and politics never distracted me from the core of our mission: to develop and make attractive cars,” Piech wrote in his autobiography.

In 2016, the operational foundations laid by Piech saw the Volkswagen Group outsell Toyota to become the world’s biggest automaker with 10.31 billion sales.

“The life of Ferdinand Piech was characterized by his passion for the automobile and for the workers that made them,” Ursula Piech said in the statement. “To the last he was an enthusiastic engineer and car lover.”

Ferdinand Karl Piech was born April 17, 1937 in Vienna. His father Anton was a lawyer and his mother Louise was the daughter of Ferdinand Porsche, a self-taught engineer commissioned by Adolf Hitler to build a so-called “Volkswagen” or “people’s car.” In 1938, the small car affectionately known as the “Kaefer” or “Beetle” went into production.

After studying at the Swiss Federal Institute in Zurich, he started work at Porsche in 1963 in Stuttgart as a technical manager.

A stern engineer driven by innovation and an intense will to win, Piech forged his reputation for both brilliance and passionate disrespect for traditional automotive industry practices as a 31-year-old development boss at Porsche starting in 1968. At the time, he invested over two-thirds of Porsche’s annual motor racing budget to develop and build 25 sports cars under the codename 917 in a homologation process required under racing rules of the time.

Porsche family members accused Piech of risking the long-term health of the company’s road-car business by basing the 917 around an ultra-lightweight tubular space frame chassis and 4.5L horizontally opposed 12-cyl. gasoline engine. However, the sleek sportscar with cutting edge aerodynamics went on to record a one-two finish at the prestigious Le Mans 24-hour race in 1970, beating key rival Ferrari and its 512 sportscar in the process.

From there the 917 went on to become one of the most successful race cars in history, cementing Piech’s status as a visionary engineer.

After a short stint at Volkswagen, Piech joined Audi in 1972, where he led engineering development for the wind-cheating third-generation 100 and original quattro – a highly significant 5-cyl. gasoline-powered model featuring all-wheel-drive engineering solutions from the military-grade Volkswagen Iltis that continues to set the tone for both performance cars and rally cars nearly 40 years after its introduction.

Under his reign, Audi won the World Rally Championship for manufacturers with the quattro in 1982 and 1984.

Later as chairman, Piech is credited with turning Audi from a lowly credentialed car company built on the remnants of the once highly fancied Auto Union brand into one of the most respected luxury car brands in the world today. Several highly influential Audi concepts, including the Avus and Spyder, were developed during his tenure, as were the original concepts for the road-going TT and innovative A2 hatchback.

Under Piech’s leadership from 1993 to 2002, Volkswagen initiated a brand-building process based around engineering and quality excellence. It also set an expansion course that has seen it construct a 12-brand empire and penetrate the ultra-luxury-car ranks with Bentley, Bugatti, Ducati and Lamborghini.

The shift in operations at Volkswagen under Piech saw it turn a €1 billion loss into a €2.6 billion profit. By building more-advanced models with greater quality without large-scale job losses or a general shift of production to lower-cost countries, Piech won the allegiance of German unions and Volkswagen shareholders alike.

Besides raising profitability, he drove Volkswagen’s fortunes on the world’s stock markets, making it one of the richest automakers in history.

Developments such as the independent rear suspension design brought to his signature Volkswagen model, the fourth-generation Golf, continue to influence competitors in Europe’s hard-fought hatchback class.

Volkswagen was not without controversy under his leadership. In 1993, a scandal rocked the global automotive industry when Volkswagen’s newly appointed procurement manager, Ignacio Lopez, was accused of stealing confidential procurement know-how and information on procurement processes from his former employee General Motors as part of the German automaker’s bid to improve profitability. Although it all happened under Piech’s watch, he never was charged with a criminal offense.

Piech continued to wield considerable influence at Volkswagen under the leadership of his controversial successor as chairman, Martin Winterkorn, becoming supervisory board chairman in 2002. His authoritarian management style saw the company develop a modular production process that further drove profits by basing a wide variety of high-volume models from Volkswagen, Audi, SEAT and Skoda on just two platforms.

Piech also was highly influential in building up the Volkswagen Group’s operations in China, now its largest market with 4.2 million sales in 2018, including 3.1 million from the Volkswagen brand alone.

As an engineer, Piech’s crowning achievement was the development of the 16-cyl. Bugatti EB12.4 Veyron (below, left). It heralded a return of the once-highly regarded French carmaker under Volkswagen, establishing a top speed of 252.9 mph (407 km/h) in 2010 in its most extreme Super Sport iteration.

As a businessman, his masterstroke was Volkswagen’s acquisition of the Porsche brand in 2012. The purchase was seen as an affront to his cousin, Wolfgang Porsche, who had devised a plan for Porsche, producer of the 911 sportscar, to bid for outright ownership of Volkswagen in 2008. In a shrewd move, Piech sided with the state of Lower Saxony, which owns 20% of Volkswagen and holds a blocking right on major shareholders, to thwart an offer from Porsche.

Piech was known for his ability to outmaneuver his rivals by instigating internal competition within Volkswagen’s wide portfolio of brands, even if it resulted in backing union leaders to the detriment of his own managers. Such systematic scheming saw key Volkswagen figures, including Bernd Pischetsrieder and Wolfgang Bernhard, dumped from their posts. 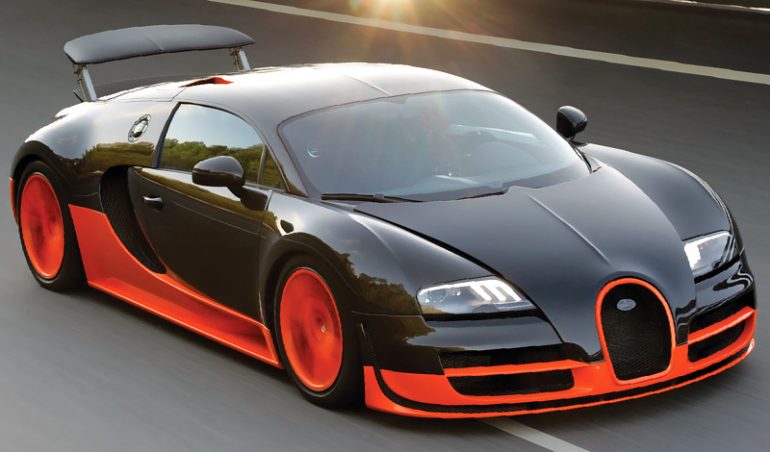 Although appearing reserved and introverted, Piech never shied away from sponsoring lavish car launches, parties or trips for managers and business associates. This often conflicted with Germany’s conservative business culture, as exemplified by the sex-with-prostitutes scandal that led to a group of loyal Piech managers prosecuted for bribery and corruption on a business trip to Brazil in 2005.

Shortly before details of the Dieselgate diesel-emissions scandal broke, Piech attempted to remove his anointed successor, Winterkorn, as head of Volkswagen. The supervisory board defied him, saying they would support Winterkorn and vote to extend his contract. Fearing fallout from the scandal would blight his legacy, he resigned April 25, 2015 as supervisory board chairman.

“It is not possible to take a company to the top by focusing on the highest level of harmony,” Piech recorded in his autobiography.

Piech moved to ensure his legacy would continue at Volkswagen when he arranged for his wife Ursula, a former kindergarten teacher and governess to his family, to be appointed to the Volkswagen supervisory board in 2012. She also was appointed to the Audi supervisory board in 2013. However, the upheavals of the diesel-emissions scandal saw her resign from both posts on the same day as her husband in 2015.

Piech fathered five children with his first wife, Corina von Planta; two from a relationship with Marlene Porsche, the former wife of his cousin, Gerhard; three with Ursula Piech; and two others from undisclosed relationships with other women.