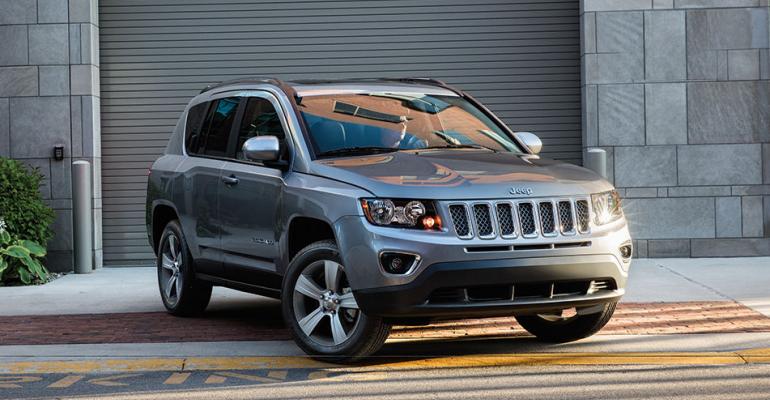 The reorganization plan includes terminating Jeep Compass sales. The automaker delivered only 72 units in Russia last year, down 89.7% from like-2014. The CUV was hurt by a 30% price increase prompted by the tumbling value of the ruble.

ST. PETERSBURG – Undeterred by a 64% slump in sales in 2015, Fiat Chrysler Automobiles isn’t giving up on Russia.

The Italian-American automaker has appointed Christophe Bertoncini, a former general director of Fiat France, to head the automaker’s Russian branch.

FCA managed to sell only 5,943 cars last year and had delivered only 245 units in January, down 51.8% from like-2015, according to WardsAuto data. The Russian market tumbled 35.7% overall last year.

Of the FCA brands, Chrysler and Jeep sales fell 91% and 75% in 2015. The slump even dragged down the Grand Cherokee model, traditionally popular among Russian consumers.

As part of FCA’s reorganization plan, sales of the Jeep Compass CUV will be halted. The automaker delivered only 72 units last year, down 89.7% from like-2014. The CUV was hurt by a 30% price increase prompted by the tumbling value of the ruble. FCA raised prices for other models as well.

Currency fluctuations also had a pronounced effect on FCA because all of the automaker’s products sold in Russia are imported. That has forced the company to suspend plans to begin building Jeeps and other models in Russia. Production was to have begun in 2014 and capacity was targeted at 110,000-120,000 units, but the project was shelved amid continuing political tensions between Russia and Western countries.

With the departure of the Compass, the automaker instead will focus on sales of the Renegade all-wheel-drive CUV and the Jeep C-SUV replacements for the Patriot/Compass being unveiled later this year in the U.S.