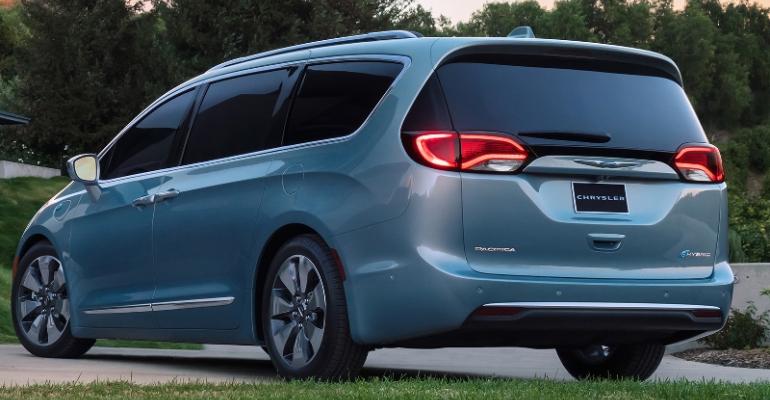 The pace of electrification at FCA may pick up now that CEO Sergio Marchionne is embracing hybrids and EVs as a replacement for diesels in the automaker&rsquo;s global fleet.

Fiat Chrysler Automobiles likely will look to electrify more of its vehicles as diesels fall out of favor as a means of meeting global emissions and fuel-economy standards, CEO Sergio Marchionne suggests.

Admitting he has reversed his stance on electrification, Marchionne tells media and analysts during the automaker’s second-quarter financial report his “aversion” to electrification was based on the development costs associated with the powertrains compared to other options, such as diesels.

“What makes it mandatory now is the fate of diesels,” Marchionne says, noting the rise in “anxiety” around diesels and emissions compliance, which ultimately will result in weaker support for diesel going forward.

Marchionne doesn’t specify a timetable for electrifying FCA’s portfolio, and he remains concerned about development costs and managing variable costs for key components such as batteries.

“If the cost of batteries doesn’t come down, there will be a huge increase in pricing in 2022 and that will cause shrinkage in demand,” he warns.

Maserati will be among those electrified products, with 50% of the brand’s portfolio electrified by 2022, Marchionne says.

Meanwhile, FCA’s light-duty diesel vehicles, the Ram 1500 and Jeep Grand Cherokee, remain under scrutiny by the EPA and CARB for violating emissions standards. Marchionne says progress is being made on the issue, but he is unable to announce a resolution.

“I’m relatively sure we can get the U.S. position rectified in relatively short order,” he says.

FCA posted a $1.4 billion profit in the second quarter, triple the same period in 2016, as gains in global operations offset losses incurred in North America primarily due to reduced fleet sales and retooling of the company’s production away from cars and toward trucks and CUVs.

Year-over-year declines in North America sales, market share and revenue were a direct consequence of the decision to stop building the Dodge Dart and Chrysler 200 small cars. Those reductions were offset by higher global sales of Jeep, Alfa Romeo and Maserati vehicles.

Marchionne expects the North American market to right itself in the second half of the year on the strength of higher Jeep Compass production in Toluca, Mexico, and a facelifted Cherokee coming from the retooled Belvidere, IL, plant.

The introduction of the next-generation Jeep Wrangler in November followed by an all-new Ram pickup in the first quarter of 2018 will continue the momentum, he says. Future global products include an all-new Fiat Argo hatchback launched in Brazil in May and restyled Maserati GranTurismo and GranCabrio models going on sale starting in the third quarter 2017. A 3-row plug-in hybrid Jeep concept unveiled in Shanghai in April signals a design intended for the Chinese market.

Marchionne promises many outstanding issues will be clarified in an investor briefing in the first half of 2018 that will lay out the Italian-American automaker’s plans through 2022. That plan will carry the automaker well into the tenure of the next CEO, expected to be drawn from internal ranks, who will take over after Marchionne steps down as CEO at the end of 2018.