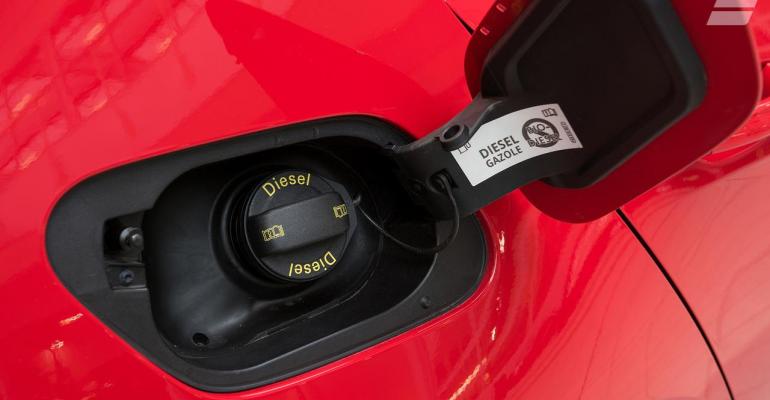 Under the new system, the EU&rsquo;s 27 member states (assuming the U.K. quits the bloc in 2019) will have to conduct checks on at least one in every 40,000 newly registered vehicles. These governments will have to test at least 500 models of cars of various ages every year.

The European automobile industry is praising a deal struck over future European Union automobile type-approval rules between the European Parliament and the EU Council of Ministers.

The agreement reached Dec. 7 on a reformed system for approving vehicles’ emissions, safety and other criteria before they can be sold on the EU market should see the new rules applying from Sept. 1, 2020.

Formal votes backing the deal still need to be held. A European Parliament plenary vote is tentatively scheduled for April; members are expected to back the deal.

“The agreement seems to strike a balance between the aim to make the whole type-approval system more efficient and the need to avoid excessive administrative burden for car manufacturers,” says Erik Jonnaert, secretary-general of the European Automobile Manufacturers’ Assn.

Under the new system, the EU’s 27 member states (assuming the U.K. quits the bloc in 2019) will have to conduct checks on at least one in every 40,000 newly registered vehicles. These governments will have to test at least 500 models of cars of various ages every year.

Moreover, 20% of these checks must include emissions tests and automakers will have to provide access to the car’s software protocols. The aim is to “fix the weaknesses that allowed the emissions scandal (when Volkswagen cheated emissions tests by using defeat devices in some of its diesel engines),” the European Parliament says in a statement.

Other important elements in the deal include fines for emissions-test cheaters. Meanwhile, car owners will be reimbursed if they repair vehicles to fix issues subject to a manufacturer’s recall.

Importantly, the EU’s executive branch, the European Commission, will have an independent role in the new system. It will carry out audits on each national type-approval authority every five years. This is to deal with concerns that member states might be tempted to turn blind eyes to type-approval assessment weaknesses involving local manufacturers – a fear that emerged in the wake of the VW scandal.

In addition, there will be a Forum for Exchange of Information and Enforcement, representing national regulators, charged with harmonizing different type-approval practices among member states, to “bring uniform interpretations to the system and increase EU oversight,” ACEA says.

“The strict criteria for technical services that conduct the tests, based on international standards and applied by accredited bodies, should also further improve the quality of vehicle testing,” the association says.

“We are confident that this more robust approval and surveillance system will enable the automobile industry to regain consumer trust,” Jonnaert adds.

An ACEA spokesperson tells WardsAuto the organization will comment on the details in coming weeks, when the full agreement is available.

Kadri Simson, the minister for economic affairs and infrastructure for Estonia, which currently holds the EU’s rotating presidency, says the new framework will “help restore the credibility of the car sector” by setting up a transparent system with proper supervision and improved coordination at different levels.

In a flurry of statements from political groups, European Parliament members (MEPs) also back the deal – although it is far weaker than original plans for compliance checks on 20% of all new cars already on EU roads and the creation of an independent EU type-approval surveillance agency.

“This is the final step in fixing a broken system,” says U.K. Conservative MEP Dan Dalton, who led negotiations for the parliament’s internal market committee. “No longer will illegally polluting cars make it on to our roads undetected.”

Even green groups are pleased – although sustainable transport group Transport & Environment (T&E) warns “only proper scrutiny and real enforcement of the new rules will prevent carmakers from cheating again.”

And the organization is disappointed EU countries rejected the Commission’s original proposal to “break the financial link between car makers and test laboratories.

Monique Goyens, director-general of the European Consumers’ Organization, also argues the EU could do more – notably by providing a real-world carbon-dioxide emissions test. “This is much needed, as the gap between laboratory and real-world simulations of CO2 emissions stands at over 40%,” she contends.

Independent expert David Bailey, professor of industrial strategy at Aston Business School at the University of Birmingham, agrees, telling WardsAuto: “The measures could go further in bringing in outside independent experts to beef up credibility and transparency – this had been opposed by some car producing nations.”

But Bailey calls the agreement “a big step in the right direction, with European oversight of national authorities’ testing of cars and enforcement powers.

“At the same time, excessive burdens on manufacturers appear to have been avoided. A balance has been struck, but one that should at last mean that cars do what manufacturers say they do. That should benefit consumers.”

And he says it will be interesting to see how the U.K. would fit into the picture post-Brexit: “On that, there remains much uncertainty, linked to a lack of clarity over the future of the U.K.’s trading relationship with the EU.”

A spokesperson from the U.K.’s Society of Motor Manufacturers and Traders declines to comment immediately.

EU’s Adoption of Emissions Oversight Committee May Not Save Real-World Testing
Jan 29, 2016