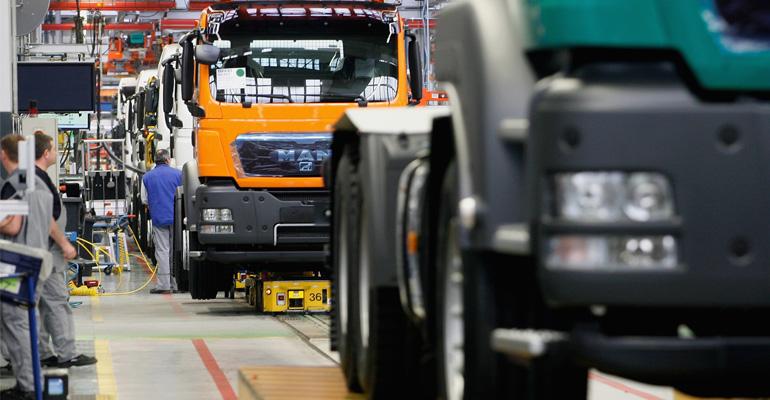 A regulation proposed in May by the European Commission is designed to cut the carbon-dioxide emissions of new heavy-duty vehicles supplied to the European Union 15% between 2025 and 2030 and 30% after 2030.

BRUSSELS – Europe’s automakers are gearing up for a political struggle with European Union parliamentarians as both sides debate a proposal to drastically decrease carbon-dioxide emissions from EU-made trucks.

A regulation proposed in May by the European Commission, the EU’s executive branch, is designed to cut the CO2 emissions of new heavy-duty vehicles supplied to the EU 15% between 2025 and 2030 and 30% after 2030.

The law may cover trucks of 3.5 tons or more, and passenger vehicles seating more than eight people, after an anticipated review in 2022.

With the proposal now being debated within the European Parliament, the European Automobile Manufacturers’ Assn. (ACEA) has released a note criticizing it as unrealistic, given the technical demands and required lead-in times.

An ACEA spokesperson tells WardsAuto the proposed EU targets are “far too aggressive,” given the state of the EU truck market and industry.

“The product development of heavy-duty vehicles to be sold in 2025 is already under way right now,” the spokesperson says. “The 2025 ambition level is too stringent, given the short lead time for this first-ever CO2 target.”

The ACEA official contends that in any case, the commission should have waited before writing its proposal until new Vehicle Energy Consumption Calculation Tool data became available, which will not happen until next year.

ACEA’s skepticism is matched by the parts makers’ organization, the European Association of Automotive Suppliers (CLEPA), whose spokesperson finds the feasibility of the proposal to be “highly doubtful.” She recommends the targets be lowered to a 10% reduction in 2025 and 20% in 2030.

What is tough to argue is that buses and trucks (below) should not play a part in reducing CO2 emissions. According to the European Environment Agency, heavy-duty vehicles accounted for 18.8% of EU transport emissions, which in total created 25.8% of the 28 member countries’ greenhouse-gas emissions.

But to the automotive industry, European heavy-duty vehicle manufacturers are world leaders in improving their trucks’ environmental performance and have dramatically reduced pollutant emissions.

“On average, EU manufacturers have managed to cut CO2 emissions by 1% per year,” the ACEA spokesperson says. 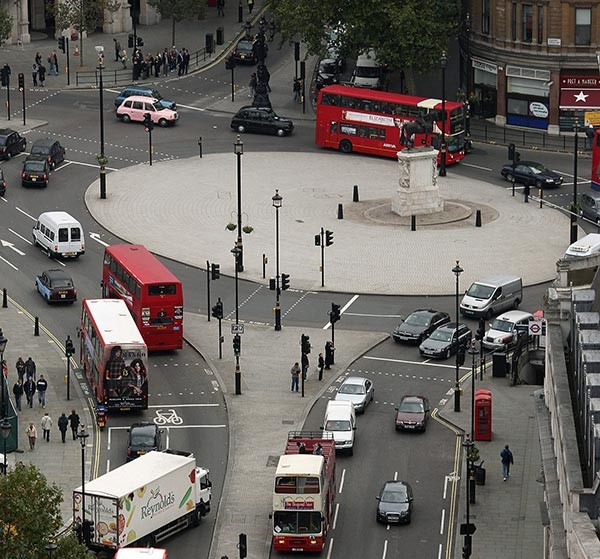 CLEPA’s spokesperson says one benefit of emissions-reduction technology could be cuts in fuel costs, which today account for up to one-third of goods-haulers’ costs. This certainly is a plus point for the European Commission as it pushes its plan, with a note stating it could allow small- and medium-sized enterprises (SMEs) in the transport business “to save €25,000 ($28,873) per vehicle in fuel savings the first five years of use, against an increase in the initial price of the vehicle of less than 2% of its total cost.”

But as bad as ACEA finds this proposal, it could – as far as automakers are concerned – end up being worse, given that the European Parliament (EP) – the EU’s directly elected legislative body – wants stricter CO2 emission standards for new trucks than those proposed by the commission.

Bas Eickhout, the lead EP negotiator and a Dutch Green MEP, says in a draft report on the proposal that a 20% target is possible now with existing technology.

“My very modest proposal also includes a specific mandate” that new buses should be zero-emission by 2030, he told an Aug. 29 meeting of the Parliament’s environment committee in a first discussion before an Oct. 18 vote on his amendments to the proposal.

Eickhout says he is offering “some flexibility” over time frames in his proposals. Manufacturers failing to meet 2025 targets must “overachieve” the 2030 ones, he suggests.

But Swedish MEP Christofer Fjellner, of the center-right European People’s Party, says the commission timeline is too strict, Eickhout’s solution is “premature” and later targets are “more feasible.”

The European Conservatives and Reformist group’s Rupert Matthews goes further, saying, “We want to work with industry and with consumers,” but not for “headline and award-winning targets that won’t be achievable.”

A representative told MEPs the proposal’s ambitious targets would decrease CO2 emissions while ensuring European manufacturers “stay at the forefront of competition.”