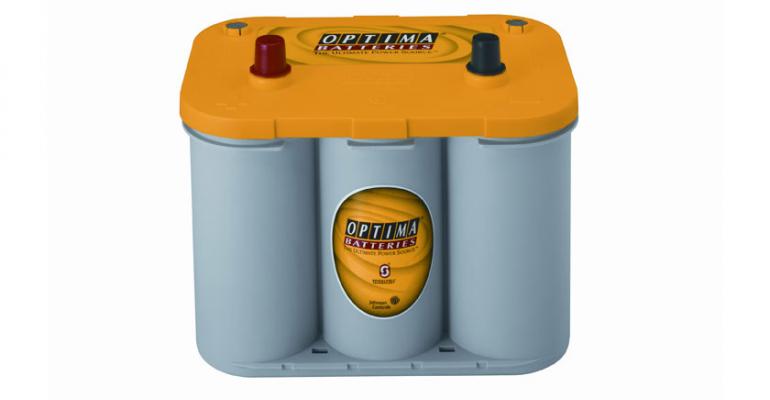 Johnson Controls estimates the battery-supply chain will sink some $600 million into meeting the new standards.

“It will drive battery costs up by at least a couple of dollars,” Mike Carr, vice president and general manager, Johnson Controls Power Solutions Americas, says of the new production and recycling standards.

“The future is going to be tighter and tighter regulations,” Carr says. “We could have had this conversation a couple years ago and I would have said the same thing. It is an ongoing cost increase.”

A pair of regulations handed down by the Environmental Protection Agency and now in effect is driving makers of lead-acid batteries and their suppliers to make substantial investments in their manufacturing, smelting and recycling facilities.

Johnson Controls estimates the North American battery-supply chain will sink some $600 million into meeting the new standards. Carr says his company, which commands $20 billion of the automotive OEM and aftermarket battery markets, will invest $160 million in the U.S. as a result of the requirements.

“You can’t get there through simple measures anymore,” Carr says. “There is a lot of capital that is required, and in some cases companies are going to have to reduce their capacity because they just cannot get there technically.”

Exide Technologies, also among the world’s leading lead-acid battery suppliers and a key JCI competitor, will make investments this year to ensure its facilities operate more cleanly, according to company regulatory filings.

“In our case, the cost of a battery depends on a full line of factors,” Exide spokeswoman Susan Jaramillo tells WardsAuto. “There is no one action that tends to raise or lower battery prices.”

The regulations facing lead-acid battery makers and suppliers fall under the EPA’s Clean Air Act and include the National Ambient Air Quality Standards and the National Emissions Standards for Hazardous Air Pollutants.

To meet the NAAQS regulations, for example, suppliers might need to button up their facilities more tightly by adding alarm systems or negative-pressure technology to keep fugitive emissions from escaping through an open door.

The regulations went into effect in 2008, although plants covered by the laws have been undergoing assessments to determine compliance levels and necessary technology investments.

“It’s not unfair to anyone and it’s something that needs to be done. It just takes a lot of investment to get there,” Carr says.

However, as with other changes in the auto industry, the new regulations probably will shake up the lead-acid-battery supply chain. Some players unable to make investments to meet the standards may have to scale back production to become compliant. Others may go out of business altogether.

“It probably will take some capacity out, shift some capacity,” Carr says. “You’re going to end up with the same product, but it is going to be done in a more environmentally friendly way.”

Unfortunately for OEMs, it also will come at a slightly higher price per battery.