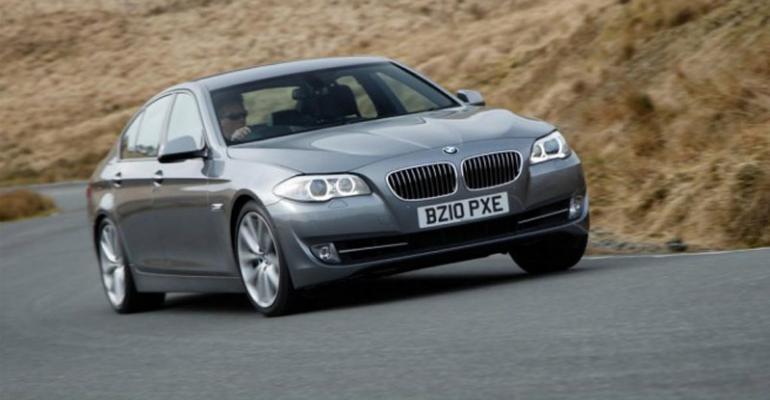 BMW will eschew a technical argument in touting the new diesels&rsquo; fuel efficiency. &ldquo;Our brand resonates, regardless of the fuel you use, as the ultimate driving machine,&rdquo; the auto maker&rsquo;s chief U.S. marketer says.

NEW YORK – Coinciding with the launch of new diesel-powered 3- and 5-Series models in the third quarter, BMW plans a broad-based marketing campaign to sell what is decidedly European technology to American car buyers.

Creed promises BMW will eschew a huge technical argument in stressing superior fuel efficiency during the campaign. “Our brand resonates, regardless of the fuel you use, as the ultimate driving machine,” he says.

Creed feels confident BMW can succeed in the debut of the new diesel models because of the success the auto maker has had with the X5 cross/utility vehicle diesel option. The take rate for diesels with X5 buyers is upwards of 35%, he claims.

“People will be shocked by our diesel performance,” Creed says. He promises American car buyers will learn how well diesels match the way they drive. “Diesels are also clean, no ifs, ands or buts,” he adds.

The diesel debuts will be featured in both conventional and social-media campaigns. “The majority of our budget will be in traditional media – somewhere in the low 50% range,” Creed says. But he’s proud of how nimble BMW’s marketing can be.

“There are certain things you buy well in advance,” he says. An example is the 2012 Summer Olympics, which were locked in two years beforehand. But Creed notes digital media permits the auto maker to change its message quickly when the need arises.

The focus of all BMW advertising is to direct car buyers to the auto maker’s own website, even when the brand’s sales pitches also appear on other digital sites. “Our website is our most valuable space,” attracting 2½ million unique visitors per month, the executive says.

More than 25% of visitors to the BMW website who “build” a car there wind up buying the real thing. “The best dollar we can spend is the one that gets people to our own website,” Creed says.

BMW has a good balance of loyal and conquest buyers, but the X1, launched during last summer’s Olympics, is attracting almost all conquest customers.

“That model is attracting people from all brands,” Creed says. “The web traffic that came as a result of the Olympics was tremendous.”

Another successful promotion tool for the auto maker is the BMW PGA Championship, a European Tour event scheduled for late May at Surrey, U.K. “The BMW brand is on display front and center on the Golf Channel and NBC during the tournament.”

BMW’s media presence at the tournament exceeds that of any Super Bowl, without a Super Bowl price for its golf sponsorship. However, Creed doesn’t rule out BMW’s buying into a future Super Bowl or even buying naming rights to a stadium, as archrival Mercedes-Benz did with the Superdome in New Orleans.

Creed says BMW also gets considerable exposure through its involvement with the 24 Hours of Daytona car race, noting advertising on live sports events is effective because viewers can’t use TiVo or other video recorders to skip through the ads.

BMW later this year will launch an extensive marketing campaign for its new i3 electric vehicle making its debut in first quarter-2014. “It will be as major as the diesel introduction,” Creed promises, but withholds details because the plan is still in development.

Creed says the auto industry is in good shape, with the climbing Dow Jones Industrial Average and Standard & Poor’s Index signaling how well the luxury-car segment will perform. But Creed says the challenge to marketers like him is the increasing fragmentation of the media landscape.

“We’re quickly realizing that digital space is fragmenting so fast that we don’t have the budget to cover everything,” he says. That’s why BMW is sticking to its goal of drawing social-media users to its website, although the auto maker does not run sponsored posts on Facebook.

“We engage a community who wants to talk about BMW,” he says. “Many auto manufacturers don’t have that luxury.”

Creed says BMW acknowledges today’s emphasis on fuel efficiency, but it will not redefine its brand. “The i3 (EV) will deliver our brand promise just as an M6 does. It’s not just cost, it’s also social responsibility.”