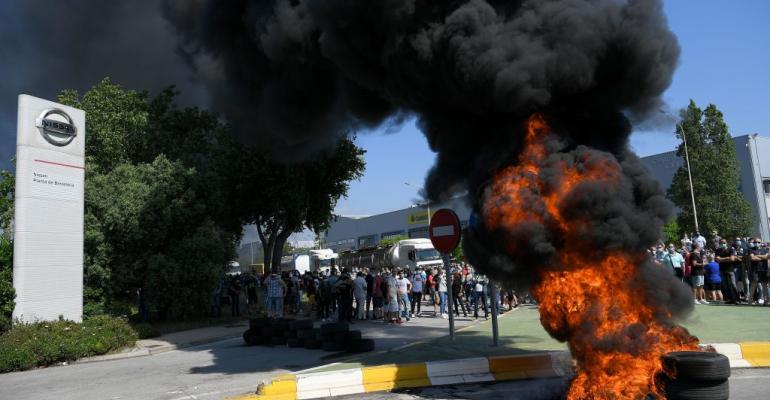 Failure of the Pulsar in 2018 and the cessation of production of the NV200 Diesel, leaving only the battery-electric eNV200, left the Barcelona plant operating at only 25% of its 200,000-unit annual capacity.

MADRID – Nissan will close its Barcelona assembly plant and two parts-making facilities by December as the global reorganization of the Renault-Nissan-Mitsubishi Alliance continues.

Workers at the Barcelona factory have protested the closings by burning tires outside the main plant. Employees at one of the components plants went on strike in early May, and the resulting parts shortage has shut down production and forced Nissan to furlough workers at all three facilities.

Two other Nissan Spain plants will remain open, and the Japanese automaker will maintain its current commercial and aftersales organization in the country.

Although COVID-19 has hit the entire global automotive industry hard, the difficulties at Nissan’s Barcelona plant stem from long before the pandemic.

The lack of models to manufacture, accentuated by the failure of the Pulsar in 2018 and the cessation of production of the NV200 Diesel, leaving only the battery-electric eNV200, left the Barcelona plant operating at only 25% of its 200,000-unit annual capacity.

Then in February, Daimler announced it was discontinuing the Barcelona-built Mercedes-Benz X-Class pickup this spring. X-Class production ended May 6 because of the parts shortage.

Nissan will continue operating its Avila and Corrales de Buelna plants, which employ about 1,000 workers combined. The Avila plant, where trucks were manufactured until mid-2018, now functions as a parts supplier for some Alliance models marketed in Europe. Corrales de Buelna is dedicated to the casting and machining of certain components. 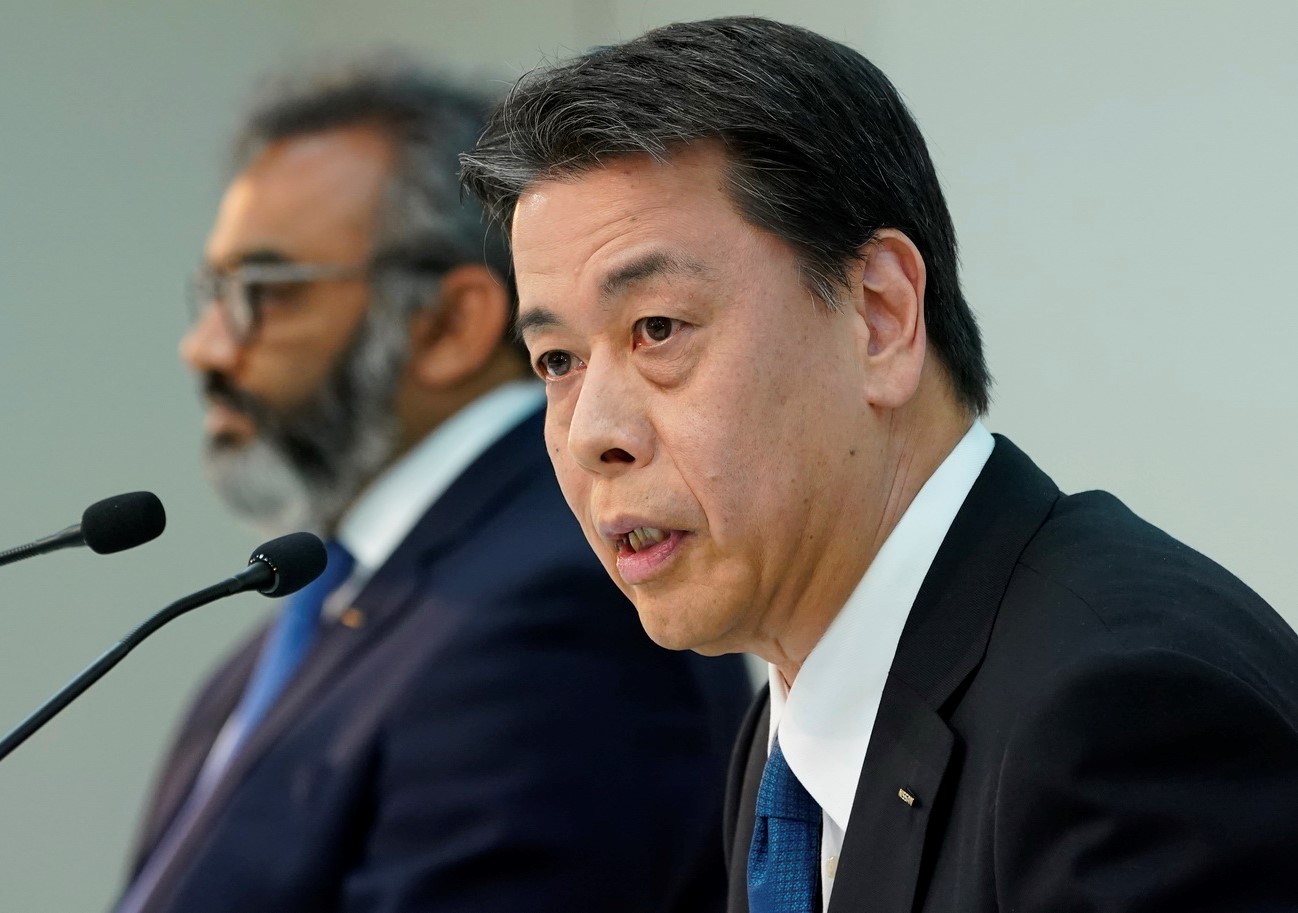 Nissan’s decision regarding the end of car assembly in Spain was announced shortly before CEO Makoto Uchida (pictured, left) outlined May 28 a plan by the Japanese automaker to reduce global production capacity 20%, to 5.4 million units, and cut costs 15%, or €6.2 billion ($6.9 billion), by 2023.

The Renault-Nissan-Mitsubishi Alliance plans a reorganization under which the head of each automaker will lead alliance business in defined geographical areas. Nissan will be the benchmark brand in China, the U.S. and Japan; Renault in Europe, Russia, Latin America and North Africa; and Mitsubishi in ASEAN and Pacific markets.

The reorganization threatens to deal another blow to the Spanish automobile industry, this time on the Renault side.

The French government, which owns 15% of Renault, has said French automakers seeking a share of a €5.5 billion ($6.1 billion) aid package will have to relocate their plants from other countries to France. Renault is considering whether to move production of its Captur and Kadjar models – now built in the Spanish cities of Valladolid and Palencia, respectively – to its plants in France.

Workers at the three Spanish plants slated for closing have been receiving 70% of their pay since May 8 under a salary-guarantee program enacted in response to the COVID-19 pandemic. The program is to end June 30, but the Spanish government is considering extending it.