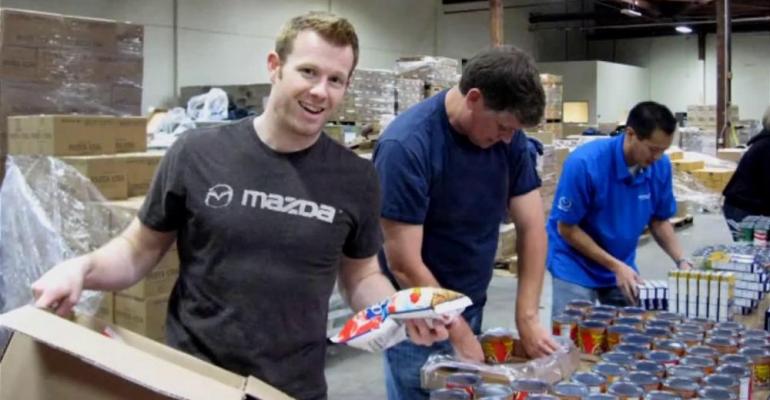 The ad, featuring Dodge cars parading down the street to John Williams’ “Imperial March” on their way to a screening of the movie, tops this week’s chart with an overall 26.5% share-of-voice rating among all automotive ads.

On its heels in second place: Honda’s “Party,” which features idyllic, car-centric scenes that spring to life from within a Happy Honda Days calendar. “Party” scores a 10.6% share-of-voice rating, while another Honda ad using the same calendar theme, “Skier,” grabs fourth place with 6.9% share of voice.

Overall, automakers spent an estimated $114.6 million on TV ads for the week through Sunday. Taking in the most dollars were NBC, CBS and Fox, respectively. NFL football remained the most popular choice for the week’s automotive advertisers, with over $36 million spent among the various games.