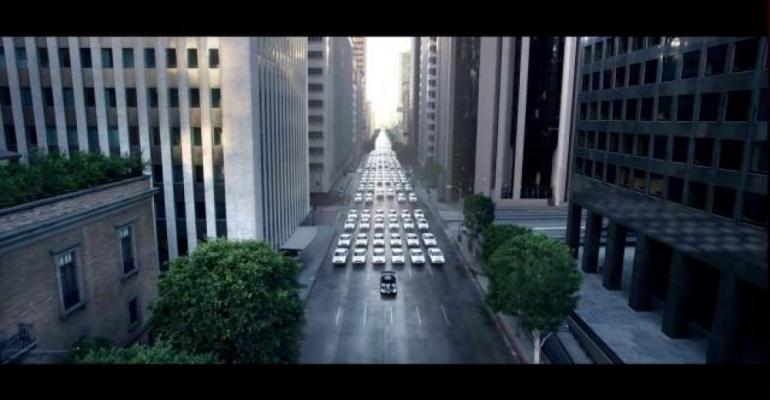 The Dodge spot garnered an overall 24.8% share-of-voice rating among all automotive ads (based on combined online views, social media actions and online search), for the week. On its heels in second place: Porsche’s “Compete” ad, featuring Maria Sharapova and Magnus Carlsen, with 18.2% share of voice and more than 826,000 online views.

Toyota claims third place with “Blackout,” trailed by a Jeep Cherokee spot called “Shooting Star” that features another “Star Wars” tie-in. Rounding out the list in fifth place is Mazda’s “St. Jude” ad, one of two holdovers, along with the Dodge commercial, included in the latest ranking.

Automakers spent an estimated $101.7 million on TV ads for the week through Sunday. Toyota led the way with 11.5% of that total. NFL football continues as the most popular choice for the week’s automotive advertisers, with over $34 million spent among the various games.