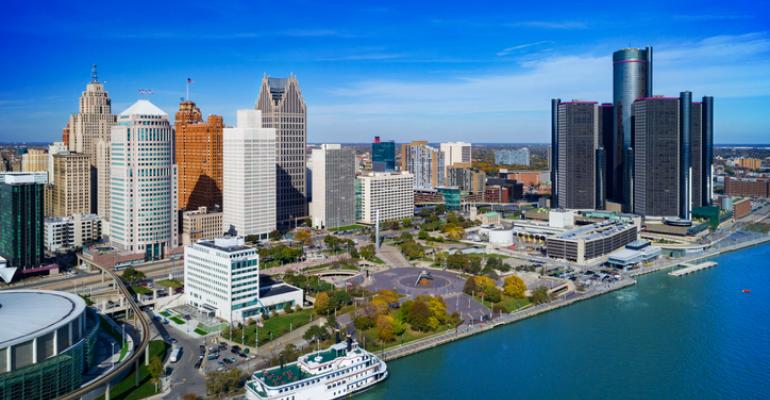 This is the first year the North American International Auto Show will be in June rather than January. Organizers plan both indoor and outdoor events.

Attendees of the upcoming North American International Auto Show will get a chance to ride in semi-autonomous vehicles because of two mobility programs announced here by Michigan Lt. Gov. Garlin Gilchrist II.

Dataspeed and FEV have been selected through the NAIAS 2020 Michigan Mobility Challenge to provide public-road demonstrations in level-3 (out of five) autonomous vehicles.

Dataspeed-equipped vehicles will offer shuttle vehicle service from Detroit Metropolitan Airport to the auto show in downtown Detroit in June.

Level-3 vehicles have detection capabilities and can make informed sensor-aided decisions, but they still require human override if necessary.

“Today’s announcement underscores that in Michigan, we believe the true power and value in the technologies on display at NAIAS 2020 will be in how they make access to reliable, affordable transportation available to all of our state’s citizens,” Gilchrist says.

This is the first year the Detroit auto show will be in June rather than January. Organizers plan both indoor and outdoor events.

“Automakers are coming to us with exciting ideas for display space,” says Doug North, chairman of the show put on by the Detroit Auto Dealers Assn.

Among the activities is a newly announced event called Motor Bella, which will be a celebration of Italian and British car culture.

The June 5-8 “street festival” near Broadway and John R will include displays of vehicles such as Ferraris and Rolls-Royces as well as Italian and British food.