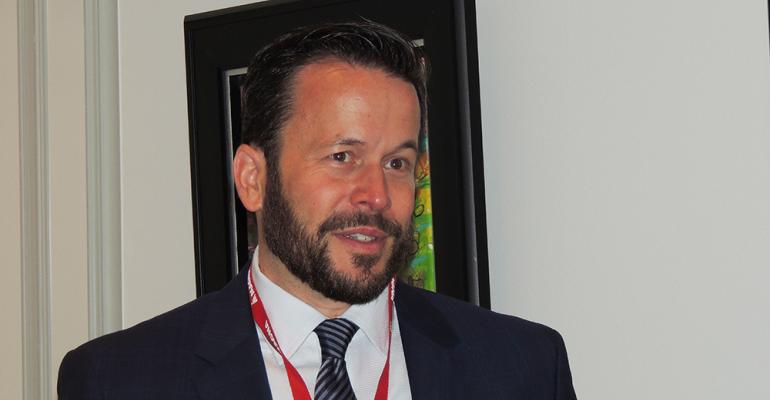 <p><strong>Toyota designer William Chergosky says adding bling to an interior can become a substitute for a meaningful design.</strong></p>
Industry News

Designers face unique challenges when designing a performance-car interior, including differentiating the cabin from competitors&rsquo; and cutting down on driver distraction.

DEARBORN, MI – Designing a performance-car interior takes a dedicated team with passion and vision that also possesses the ingenuity and know-how to craft a cabin that is both functional and pleasing to the eye, says a designer panel at the 2014 WardsAuto Interiors Conference here.

William Chergosky, interior chief designer-CALTY Design Research, outlines the steps his team took in designing the interior of the Toyota FT-1 concept car, which was introduced at the 2014 North American International Auto Show in Detroit.

Chergosky says within the design community there is a “race to add bling,” but doing so can become a substitute for a meaningful design.

“To really innovate, you have to solve a problem and also be rebellious,” he says. “You have to question the real purpose behind every element and discover new ways to reimagine it.”

The main objective for the FT-1, Chergosky says, was to design a “kick-ass sports car.” Once that was made clear, the team had to think about how to achieve that goal.

After taking competitive high-end sports cars around a Las Vegas racetrack, the team set out crafting an interior that broke down the barriers between man and machine, he says.

The FT-1 interior was designed to be a “serious place to do serious driving,” Chergosky says, adding a key objective was to limit distractions to the driver, especially when operating the vehicle at high speeds. Key to this was designing an innovative wheel-mounted display so eyes stay on the road.

“The final design is lightweight and purpose built for serious driving,” he says. “There are no distractions.”

Helen Emsley, interior design chief-General Motors, faced a challenge similar to Chergosky’s, but she had to reimagine the interior of the Corvette, one of the world’s most iconic sports cars that had been heralded for its performance but panned for its lackluster interiors.

Given full control of the project by design chief Ed Welburn, Emsley ran with that freedom.

The first order of business was conducting a design blitz that solicited sketches from all of GM’s global studios. The field was narrowed down to three concepts, and from there the team began building scale models and conducting consumer clinics.

Suppliers were brought into the studios early on to work with the team, which Emsley says was critical to the process because they were able to share the vision for the new Corvette interior.

The unusual step was taken of fabricating a full-scale model with lights and engine sounds.

“We had to show Ed (Welburn) to make sure he was okay with it,” she says.  “Everything was real.”

After beating out the Porsche 911, Nissan GTR and Audi R8 in another consumer design clinic, the team went to work building a production version of the interior, which came with its own challenges.

One was deciding where to place the infotainment system. Other GM performance models had a screen that rose out of the dash, but the design team didn’t want to break up the flow of the interior, so the decision was made to place the display lower in the center console.

Another challenge was getting the door design elements to match up with the rest of the interior when closed. When engineers said it couldn’t be done, Emsley called in workers from the Corvette assembly plant in Bowling Green, KY.

“They found a way to have the door lineup with the instrument panel,” she says.

“The seat itself is an integral part of the interior, and it needs to speak the same language (as the vehicle),” he says. “A lot of OEMs use it to distinguish the interior of a sport-performance vehicle.”

Kussmaul says Recaro likes to work with automaker studios to design a seat that’s a perfect fit to the car, but doing so can be tricky.

“Studios don’t want to tell you what they’re doing, but we have to understand the path or we won’t understand what direction they’re going,” he says.

Ultimately the objective is to design a seat that is comfortable and supportive, but not one that is noticed by the driver. Additionally, safety is paramount because the seats, especially in high-performance vehicles, are in integral part of a car’s safety features.

Designing seats that are exclusive to a particular automaker is an important part of Recaro’s business, but doing business that way is expensive, as each seat has to be designed from scratch.

To mitigate that problem going forward, Recaro is working on a modular seating concept that can share parts but can be uniquely configured for each automotive customer.

“With modular blocks we can combine the inner values of the seat and work on the external appearance,” he says. “When producing a seat the highest cost is engineering and tooling. If we spread that cost out we can bring them down, and that’s what we’re working on.”