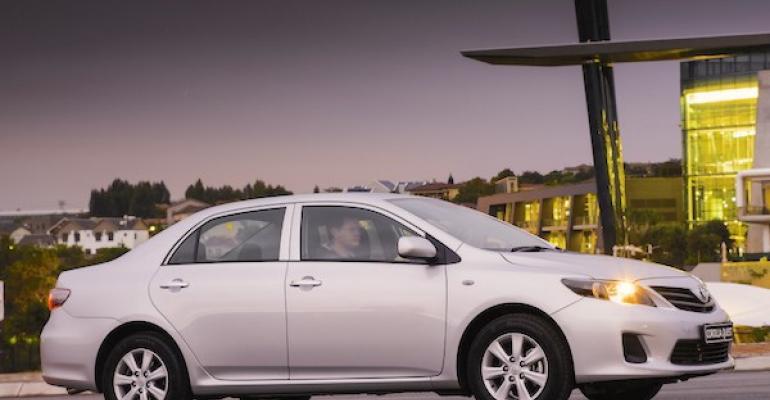 Soaring sales of both new and used cars in a country of just over 2 million people has carried over to related businesses &ndash; parts sales shops, sales of parts salvaged from scrapped cars and insurance companies.

GABORONE, Botswana – Vehicle registration in the landlocked southern African country of Botswana has surged over the past decade, with vehicle numbers increasing at an average annual rate of 9.4% since 2006, according to government statistics.

The ballooning sales of both new and used cars in a country of just over 2 million people, which recently celebrated its 50th anniversary of independence, has carried over to related businesses – parts sales shops, sales of parts salvaged from scrapped cars and insurance companies.

The agency attributes the rise to the continuing exports of new cars into Botswana from neighboring South Africa, as well as used Japanese vehicles imported into the country at affordable prices.

“Most of the vehicles registered for the first time were used vehicles at 78.8%, followed by brand-new vehicles at 20.6%, while rebuilt vehicles made only 0.6% of first registrations,” Majelantle says.

While franchised South African dealerships remain within the city of Gaborone, the once-sleepy Mogoditshane village west of the capital, now is a center of independently owned auto dealerships within Botswana, many focusing on Japanese cars. Villagers have sold property to make way for showrooms, garages and spare-parts shops, a development Mogoditshane both applaud and scorn.

“We (are) happy development has come to our village, but people have sold away their land for peanuts, only to regret later,” says Alfred Dihutso, a traditional Mogoditshane chief. “Though on the other hand, these garages and shops have created employment for our youth.”

Meanwhile, the country’s financial institutions have been developing personal loans for would-be buyers. Micro-finance lender Letshego, for example, is offering motor-vehicle finance packages, with young professionals being especially keen to buy new and fashionable vehicles. The resulting growth in credit availability has raised concerns, with the central bank, the Bank of Botswana, releasing a statement criticizing high household debt.

Statistics bureau figures show a wide range of vehicles is being purchased in addition to passenger cars, with sales of vans, trucks, buses and trailers all growing quickly.

With its strong manufacturing base and geographical proximity, Toyota South Africa is well-placed to meet Botswana’s demand for new motor vehicles. The Japanese automaker in May unveiled a 6.1 billion rand ($454 million) investment South African Rand into its Durban-based manufacturing facility as a platform for growth.

The investment allows Toyota to retool the factory for new Hilux and Fortuner models.

Toyota South Africa CEO and President Andrew Kirby says the group exports 50% of its total production to the rest of Africa (including Botswana) and Europe and aims to secure its export business with this expansion.

In July, the National Association of Automotive Manufacturers of South Africa predicted South Africa’s auto industry will export 351,000 locally manufactured cars, or 57.5% of the total produced in the country during 2016. Cars comprise the bulk of these sales at 235,000 units, followed by light-commercial vehicles (115,000) and medium or heavy commercial vehicles (1,000).

“Regional integration is an African priority and South Africa is well positioned to capitalize on opportunities on the continent,” the export manual states. “Africa (including the BLNS zone or Botswana, Lesotho, Namibia and Swaziland) is where most opportunities lie, due primarily to demographic payoffs, technological innovations and energy developments.”

With Botswana’s economy projected to grow 3.5% and 4.1%, respectively, in 2016 and 2017, export sales within this up-and-coming African country almost certainly will grow.

– with Nicola Jenvey in Durban