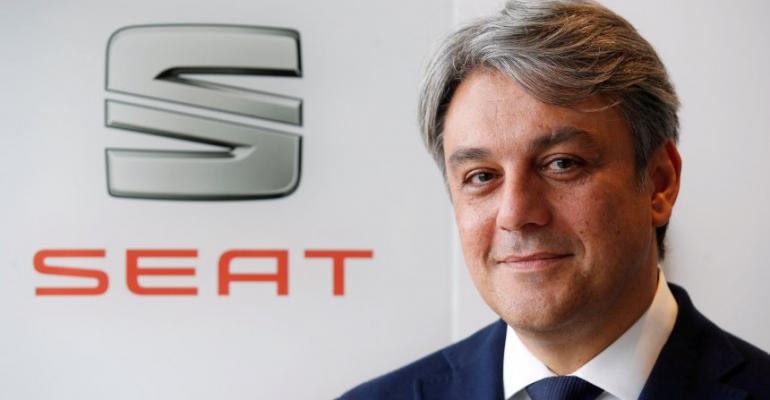 Besides offering to make him CEO, Renault reportedly has indicated that within two years de Meo would take over as head of the Renault-Nissan-Mitsubishi Alliance.

MADRID – Luca de Meo resigns as president of Volkswagen’s SEAT brand amid reports he has been offered the position of CEO of French automaker Renault.

De Meo, who has led the Spanish automaker since 2015, will remain with Volkswagen Group until further notice. Carsten Isensee, SEAT vice president-finance, has been named interim head of SEAT.

News reports in mid-December said that besides offering to make him Renault CEO, the French automaker indicated that within two years de Meo would take over as head of the Renault-Nissan-Mitsubishi Alliance. The last person to head all three automakers simultaneously was Carlos Ghosn, who was fired by Nissan and Mitsubishi after his November 2018 arrest in Japan on charges of financial wrongdoing.

Ghosn, who denied the charges, later resigned as Renault CEO. He escaped house arrest in Japan and fled to Lebanon in late December.

De Meo, tapped to run SEAT as part of a VW Group restructuring prompted by the Dieselgate scandal, led the Spanish automaker to a record 570,000 sales in 2019. SEAT also was Spain’s No.1 automaker for a second straight year in 2019 with 112,000 deliveries, up 4.3% from a year earlier.

Financial Times reported that while de Meo is the favorite to head Renault, he must negotiate an exit from VW that addresses a non-compete clause in his current contract.

De Meo, 52, worked previously under the late Sergio Marchionne at Fiat, where he revived the Abarth sports car brand. At SEAT, de Meo oversaw creation of the Cupra sporty brand and laid the groundwork for introduction of an electrified model by 2023.

Renault currently is headed by chief financial officer Clotilde Delbos, who was named interim CEO after Thierry Bollore was ousted in October. De Meo, an Italian who speaks five languages including French, won support from Renault President Jean-Dominique Senard and from the French government, which holds 15% of the automaker’s shares.