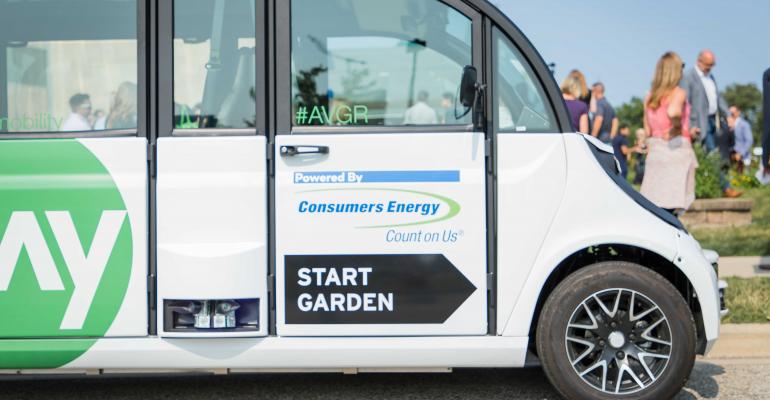 The Dating Game: How Governments and Companies Flirt With Each Other...and the Future of Mobility

Trevor Pawl, SVP-Business Innovation at the Michigan Economic Development Corporation, talks about the future of mobility.

Two weeks ago, I drove my Chrysler 300 to the airport (yes, the Eminem Chrysler Super Bowl commercial swayed me back in 2013 and the car has held up since). I sped down multiple public highways, passing different Michigan’s Department of Transportation maintenance crews fixing potholes and replacing signs, to catch my flight. I was flying Delta Airlines that day. Delta uses Detroit as a major global hub and is a big reason why the Wayne County-owned McNamara Terminal is one of the nicest terminals in the world. During the next few days while jumping from meeting to meeting in downtown San Francisco, I used Uber four times a day, which wouldn’t have been option without the State of California determining that ride-sharing was a legal thing to do.

When it comes to transportation, the public and private sectors depend on each other like few other things in this world. Everyday, we take advantage of several public and private partnerships that enhance personal mobility. Most are so ingrained in our daily routines that they are largely taken for granted. But, the truth is, the level of freedom most of us have to move around cities (and the world) couldn’t exist without optimal levels of cooperation between governments and private companies.

The future of transportation will involve far more channels and methods than we are familiar with today. Ride-sharing, e-scooters, e-bikes, autonomous shuttles, hourly car rentals, subway trains, city buses, ferries and personal vehicles are only a few of the ways we move in 2019 — and when you consider including future methods no one has thought of yet into the mix — the only logical conclusion is that next 100 years will require a radical rethink on how to untangle our dated, publicly-owned 20th century pavement lines, traffic lights, curbs, sidewalks, bridges and parking lots.

Progress will be dependent on cooperation. As populations rise in urban centers, public-private partnerships between technology companies, residents and governments will play a critical role in finding, funding and implementing relevant mobility solutions (and retrofitting old infrastructure to ensure the sustainability of these solutions).

There are countless public and private sector challenges to implementing and scaling urban transit systems. Rising costs run up against road funding constraints. Increases in ridership present challenges for aging infrastructure as traffic bottlenecks. Highways weren’t built to handle modern volumes. City revenue channels dry up as better ride-sharing options reduce the amount of money collected from parking fines, toll roads and parking spots. Everything about modern travel is inextricably linked to something else.

Project Kinetic is one example of how the private companies from multiple industries combined forces to provide both the funds and intellectual leadership to help the City of Detroit tackle some of its most pressing mobility challenges. Formed in 2018, “Kinetic” brought together mobility-focused teams from the City of Detroit, State of Michigan, New Economy Initiative, General Motors, Quicken Loans, Lear Corporation, Boston Consulting Group and DTE Energy to identify tech-based solutions to tackle challenges around downtown accessibility, traffic safety, electric vehicle infrastructure and parking through scalable business models. These business models are being piloted today.

Another example is Ford Motor Company’s City:One Challenge, which calls on various communities across the world to explore their own transportation needs and collaborate on new solutions with Ford R&D teams. At the end of the challenge, there is a vote on the most innovative solution, which is then piloted through public funding. The goal is to create a future where mobility is flexible, accessible and most of all, empowering.

In a recent article for SmartCitiesWorld, Jaanaki Momaya, UK General Manager of Lime, calls for collaboration between the teams responsible for different types of mobility partnerships around the world. She notes that, “over half of the world’s population live in an urban area, and that figure is set to rise to 68 percent over the coming decades. With an increase in urban population comes an increase in the number of cars, and with an increase in cars, typically comes congestion and pollution. There are over 1.2 billion cars on the planet which emit 22 percent of all global CO2 emissions.” She goes on to point out that, “finding a solution to these challenges is becoming a priority for decision-makers across the world as people demand a better quality of urban living.”

A recent first-of-its-kind report from the Coalition for Urban Transitions summarizes the development of new mobility partnerships in recent years. This report is groundbreaking in that it presents the first global survey of new public-private mobility services, and quantitatively portrays how crucial these partnerships are.

May Mobility, an Ann Arbor-based startup that builds and deploys self-driving shuttles has a history of working with private and public entities to prove the viability of AV travel in cities.

Alongside a ten-member, first-of-its-kind public-private coalition, including the city of Grand Rapids, the state of Michigan and a dedicated group of private companies, May Mobility is expanding its operations to create a year-long, real-world AV transportation project for public use throughout downtown Grand Rapids. The Grand Rapids Autonomous Vehicle Initiative (AVGR) will gather, analyze and share critical information with the goal of understanding the usage of AVs in a city environment.

The fleet will complement the city’s existing DASH transportation fleet. And, for many, this will be their first experience riding in an autonomous vehicle. This is also the first public autonomous shuttle operating in Michigan, and is currently the longest autonomous shuttle route in the country (with 20 stops). AVGR demonstrates the power and value of bringing together a diverse stakeholder group passionate about providing accessible and dynamic transportation options.

Whenever a public-private partnership is brought to life, it ever so subtly restores a little faith in government and faith in the private sector’s ability to use innovation for something beyond profits. This faith then manifests itself through more thoughtful political discourse on how technology can improve the lives of a city’s residents. Who knows, the sharing of one success story in a community can potentially create the business case to breakdown the doubts another community may have about trying something new.

So, keep partnering. And, PlanetM will be here to support you every step of the way.