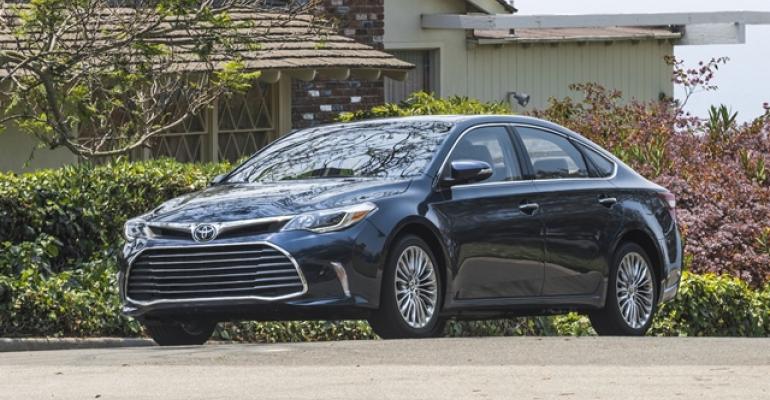 Automakers fueled the CUV boom with a product onslaught, but no one expected such a hasty transition out of passenger cars, Toyota sales boss says.

TRAVERSE CITY, MI – Most problems in the automotive industry today are attributable to the market’s sudden switch from cars to CUVs, Toyota’s U.S. sales chief says.

“This was the harshest move in consumer preference the industry has ever seen,” says Bob Carter, executive vice president-sales, Toyota Motor North America, in an interview on the sidelines of the Center for Automotive Research Management Briefing Seminars.

“A lot of things, like the oversupply on some brands – cars – and high incentives (are related). Name an issue the industry is facing today and I’ll bet we can logically weave it back to this movement from car to CUV.”

The Toyota executive says while no one may have anticipated the abrupt transition, automakers did forecast the popularity of do-everything CUVs in their development plans.

When the RAV4 and the Lexus RX300 were introduced in the late 1990s, Carter admits he didn’t have a good answer for those asking how the company planned to sell an SUV without an all-wheel-drive transfer case. But when the Highlander hit and the CUV avalanche began, that question became irrelevant.

“Did the industry see it coming? Yes, or you wouldn’t have what you have today,” he says, noting the gestation period from initial design to the showroom is about five years. “These cars just don’t materialize. The vast majority of introductions over the last three years have been CUVs.”

For car-heavy Toyota, that means more CUV inventory, part of which propelled RAV4’s 41,000 sales last month with just a $200 bump in summer sell-down incentive spending to sweeten the deal.

“Now I start to see the market starting to normalize and we’re catching up to where demand really is,” Carter says.

CUVs may be all the rage, but that doesn’t signal Toyota is walking away from cars. The company is just launching an all-new, eighth-generation ’18 Camry with edgy styling and sporty handling the Japanese automaker believes will stoke new interest in midsize sedans.

Camry’s drive to bring younger buyers into the Toyota family means the Avalon fullsize sedan, always a sleeper in the automaker’s showroom, soldiers on to provide a more sedate premium option. The next-generation Avalon due next year will be built on the same TNGA global-vehicle platform as the Camry.

“It’s late in its lifecycle … but we’re committed to Avalon,” Carter says. “Because we’ve taken Camry to such a significantly different place … that really increases the importance of Avalon.”

Similarly, don’t look for Lexus to drop its global sedans as buyer preference shifts to CUVs.

“These are global products, so just because a product is slowing down in the U.S. doesn’t mean it’s not popping in China,” he says.

In the big picture, Carter stands by his prediction from last October that the market had topped out and won’t match 2016’s 17.5 million SAAR. He projects sales to land “within a chip shot of 17 million” for 2017.

The Toyota brand likely will end the year even with 2016, Carter says, with the brand’s retail sales up and fleet sales down. With the luxury market down, he expects Lexus sales to end the year below 2016 levels.