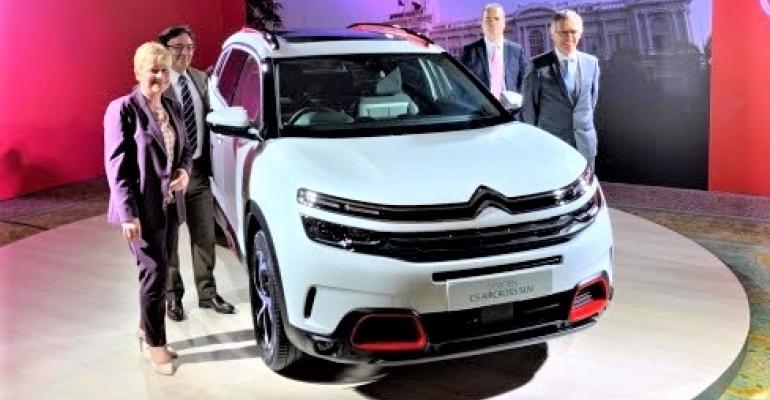 CEO Linda Jackson says the brand will introduce a range of entirely new models, with the first of them slated to come to market by the end of 2021.

French automaker Citroën kicks off its expansion into the emerging automotive market of India.

Its commitment to this strategy was outlined by CEO Linda Jackson during a visit to Chennai in the south of the country to launch Citroën’s entry into a market that saw 26.7 million vehicles sold in 2018. She announced the brand will introduce a range of entirely new models with the first of them slated to come to market by the end of 2021. On top of this, Citroën will bring its C5 Aircross CUV to India in 2020.

The initiative announced at Chennai is in line with parent PSA Group Chairman Carlos Tavares’s strategy outlined just over a year ago in the group’s second phase of its “Push to Pass” business plan.

That plan will mirror strategic formulas employed in the European market over the past five years that have achieved consecutive growth and market-share gain for Citroën. The automaker says in a statement vehicle pricing will be a key feature of its strategy, with 90% integration of production spelled out in two joint-venture agreements between PSA and the companies of the CK Birla Group involving car assembly, distribution and powertrain production.

“Launching a brand in such a large market as India is a unique and enthralling experience,” Jackson says. “We are giving ourselves the tools to do so, with the ambition of being ‘Indian in India’ on both the industrial front with the two local JVs, and on that of the new-product offering which we are introducing in the country, building on the formulas that have brought us success in Europe.”