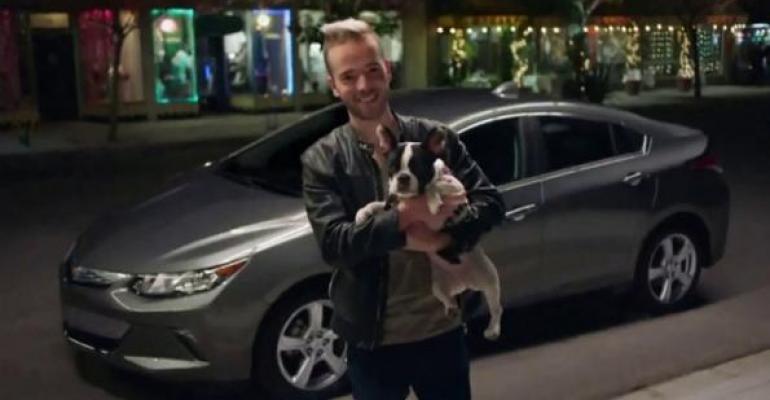 In its first-place spot airing from March 19-25, Chevrolet invites people to see for themselves why it is the &ldquo;most awarded and fastest growing brand the last four years overall.&rdquo;

Chevrolet leads iSpot.tv’s latest ranking of the most-viewed automotive commercials – the ads that have racked up the highest number of impressions across national broadcast and cable TV airings.

In its first-place spot airing from March 19-25, Chevrolet invites people to see for themselves why it is the “most awarded and fastest growing brand the last four years overall.” The commercial also promotes deals on the ’18 Malibu. Qualified customers can get it for $179 a month or receive a $4,500 total cash allowance.

Land Rover snags No. 2 for the second week in a row with an edgy commercial in which a professional driver navigates an ’18 Range Rover Sport up a portion of China’s Tianmen Mountain in what’s referred to as “The Dragon Challenge,” complete with 99 turns and 999 steps.

In third place, BMW invites customers to abandon old dreams and chase new ones with the ’18 X2, while Hyundai’s fourth-place ad highlights its Season of More Event offering a great deal on the ’18 Santa Fe Sport.

Fifth place goes to Subaru’s story of a young couple whose Outback “lets us see the world –sometimes in ways we never imagined.” This commercial has the best iSpot Attention Index (138) in the ranking, getting 38% fewer interruptions than the average auto ad (interruptions include changing the channel, pulling up the guide, fast-forwarding or turning off the TV).

iSpot.tv is a real-time TV ad measurement company with attention and conversion analytics from more than 8 million smart TVs.

1. Chevrolet: Switch to a New Chevy

4. Hyundai: Season of More Sales Event: Get a Great Deal

TV Impressions - Total TV ad impressions delivered for the brand or spot.
Attention Score - Measures the propensity of consumers to interrupt an ad play on TV. The higher the score, the more complete views. Actions that interrupt an ad play include changing the channel, pulling up the guide, fast-forwarding or turning off the TV.
Attention Index - Represents the Attention of a specific creative or program placement vs the average. The average is represented by a score of 100, and the total index range is from 0 through 200. For example, an attention index of 125 means that there are 25% fewer interrupted ad plays compared to the average.
Est. National TV Spend - Amount spent on TV airings for the brand’s spots.