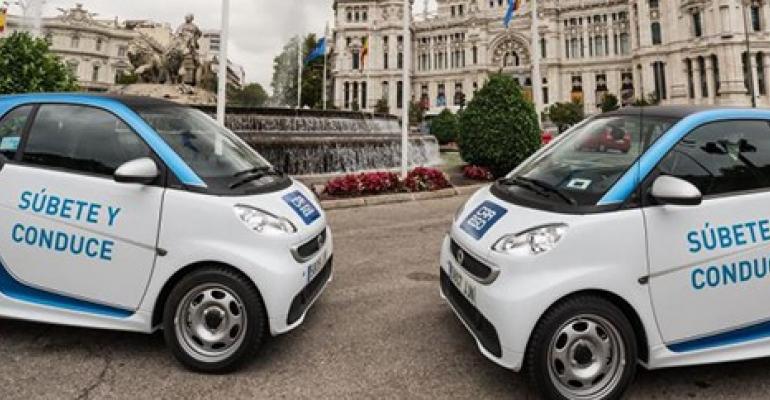 Car-sharing companies have deployed more than 2,600 vehicles in Madrid and are looking to expand, but authorities in Barcelona and Valencia say regulations are not yet in place.

MADRID – Car sharing is well established in Madrid, but companies including Car2go, Zity and Emov will have to wait to expand into other major Spanish cities such as Barcelona and Valencia.

Since launching operations in 2016, car-sharing companies have deployed more than 2,600 vehicles in Madrid and are looking to expand.

Authorities in the capital have encouraged car sharing through measures such as offering free parking or eliminating time limits for parking in designated areas of the central city.

The mobility solution is not being received as well in Barcelona, Spain’s second-largest city, where Mayor Ada Colau says officials do not plan to draft car-sharing regulations until the end of 2019, likely delaying its arrival until well into 2020.

Those regulations, according to Colau, could include limits on the number of car-sharing companies and vehicles that can operate in Barcelona, which is preparing for two-wheeled shared vehicles – bikes and motorbikes.

“Until that new regulatory framework is ready, which we hope will happen in the first months of 2019, nothing will be achieved,” a source tells Wards.