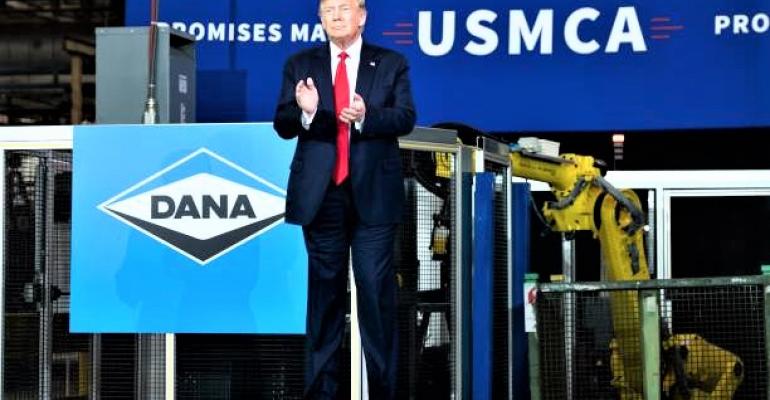 The head of Canada’s Automotive Parts Manufacturers’ Assn. predicts parts makers in the country will see 25% more business under the USMCA, along with more jobs and curbs on cost increases.

It replaces the North American Free Trade Agreement (NAFTA) in place since 1994. A key change with the new agreement is that Canadian (as well as American and Mexican) automakers may have to increase their USMCA-bloc sourcing to ensure 75% of a vehicle's parts are made a signatory country, up from the current 62.5% under NAFTA; and that 40%-45% of auto content be made by workers earning at least $16 per hour.

This will have an impact, although an increase in costs will be reined in, predicts APMA President Flavio Volpe. He thinks Canada’s high-tech manufacturing and research hubs, which are developing expertise in industry 4.0 tech such as artificial intelligence and machine learning, will enable parts makers to keep costs down.

“We see a 25% increase in Canada” regarding parts sourcing, and while there would not be a similar increase in jobs, “there will be more work and there will not be 25% more costs. Maybe 5% across all vehicle costs,” he says.

This would not be enough to force automakers to raise prices, especially given the focus on purchasing volumes over revenues in the sector, Volpe tells Wards.

He thinks the Canadian parts sector may see “partial benefits” within a year, even though USMCA governments and industries have three years to fully implement the deal. As automakers assess medium-term strategies in the meantime, the 75% rule will start to push sourcing changes.

And looking ahead, with autos, their parts and related production being increasingly automated – with labor a declining portion of costs – the ability of a higher-tech manufacturing center such as Canada to competitively supply components and materials will grow, predicts Volpe.

Trade deals look ahead 25 years, and toward the end of that period driverless cars could be making accidents less likely, reducing the need for expensive anti-collision systems and costly materials, he suggests – making autos’ technological features an increasingly valuable component delivered by brains rather than brawn.

His comments contrast with concerns by some researchers the USMCA will inflate auto costs and possibly depress demand and sales. A paper presented in June 2019 at the Global Trade Analysis Project in Warsaw, Poland, predicted 7.7% of the value of USMCA-bloc automotive input sales would shift move back into the signatory countries from other exporters. While this will generate work, it also will cost money – with auto production costs rising 0.8% in Canada and Mexico and 0.3% in the U.S., the paper predicts.

David Adams, president and CEO of Global Automakers of Canada, agrees costs could rise: “It's the only trade agreement where costs are going up instead of going down…It's really not a free-trade agreement, it’s a managed-trade agreement,” he tells Wards.

Canadian auto and parts makers could be “collateral damage beneficiaries” of the USMCA, he suggests, although, he adds, the impacts are likely to be so complex and unanticipated, a clear picture of the agreement’s effect on the North American auto sector may not emerge for two years.

Companies will have to provide proof of compliance with USMCA sourcing rules from July 1, but Adams predicts tough enforcement by regulators will not happen immediately, especially given the industry is coping with the effects of COVID-19.

The pandemic has pushed automakers into reconsidering extended supply chains and reappraising local sourcing, and this process probably will combine with the USMCA to increase Canadian parts purchases, he suggests.

Will price competitiveness suffer? Maybe, especially initially, hindering automakers’ ability to export outside North America while competing with Asian manufacturers who “take advantage of global supply chains to get the highest quality for the lowest cost,” Adams says.

Could automation help? He agrees it might, although the 2008-2010 financial crash pushed many manufacturers to abandon manual-based systems. The Canadian government has helped by allowing investors to write off capital stock in one year rather than many, Adams notes.

Ultimately, whether this change will be good news for the three countries’ auto sectors is disputed. The International Monetary Fund (IMF) also predicted in March 2019 that USMCA sourcing rules would increase costs, preventing automakers from buying inexpensive parts from outside the bloc. All three countries would see their auto and parts exports fall as a result, including trade among the three signatory countries, the IMF projected.

Says Adams, “There’s a lot of questions about the impact on auto and parts makers, and these questions won’t be answered anytime soon.” 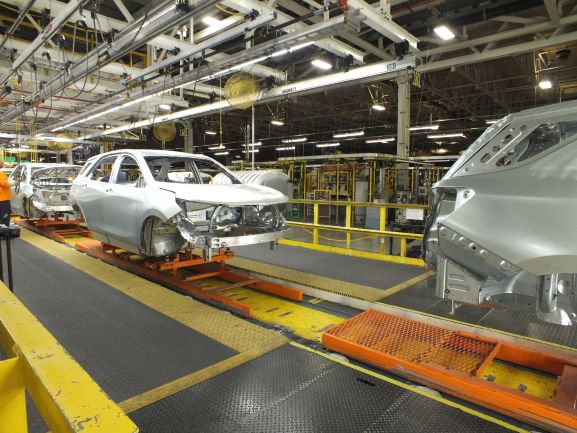