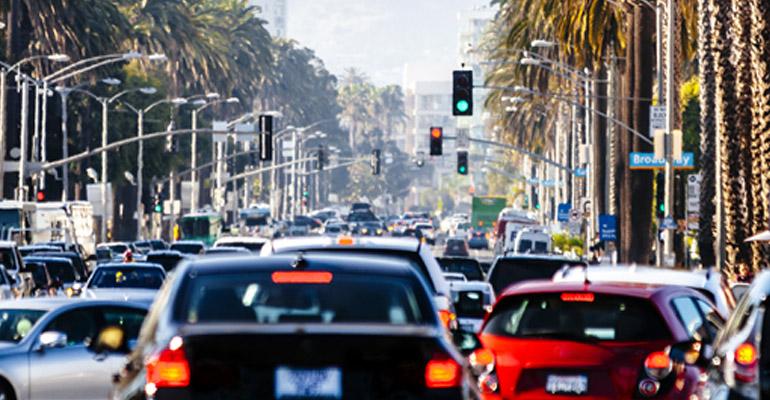 California vs. Trump; Engineers vs. Lawyers

The California Air Resources Board can’t get Californians out of their automobiles.

“You obviously did not listen to me when I said we wanted to decrease our oil consumption by 50%,” Brown said. “You didn’t walk; you didn’t pick up your bicycle; you didn’t get your zero-emission vehicle.”

California has another challenge ahead of it. The Trump Admin. has proposed reopening negotiations with the possibility of revoking California’s Clean Air Act waiver, threatening the state’s ability to set separate, more-stringent standards.

CARB is ready for a fight, preparing lawyers to take on Washington if necessary.

It took two years and 1,500 pages of technical analysis on the part of California to win the waiver, says CARB Director of Communications Stanley Young.

“The federal government has never revoked the waiver, and there is no experience in how it could be done,” he says. “We prefer not to go to court, but if we have to, we are prepared to use every tool at our disposal.”

California is working all the angles for clean air. There is a law requiring 50% of the state’s electricity to come from renewable sources – such as wind and solar – by 2030. California already has passed a bill mandating solar panels on roofs starting Jan. 1, 2020.

“It’s time for substantive negotiations to begin. We urge California and the federal government to find a common-sense solution that sets continued increases in vehicle efficiency standards while also meeting the needs of America’s drivers.”

Margo Oge, former director of the EPA’s Office of Transportation and Air Quality, is against renegotiating.

“The proposal by the Trump Admin. to freeze the greenhouse-gas/fuel-economy standards at the 2020 level is based on fabricated inputs and weak legal grounds,” Oge writes in an email to Wards.

“If the Trump Admin. finalizes the proposed rule as is, it will be litigated, and it will be a long protracted fight that could take three-plus years. That will create huge uncertainty for car manufacturers that need to know today what they have to build four years from now.”

If the federal government and California can reach agreement, Oge writes, it “could become the de facto national program and will allow car companies to innovate and compete in the global market.”

Oge says there’s nothing in the Clean Air Act that allows an EPA administrator to revoke a waiver for California. Over the years, the EPA has granted California at least 150 waivers, “and none have ever been revoked,” she writes.

If the battle ends up before a judge, “there’s no way the courts will agree with the administration,” Oge writes.

The EPA and NHTSA are seeking public comment on a wide range of regulatory options, including a preferred alternative that locks in ’20 model standards through ’26, providing a much-needed time-out from further, costly increases.

The agencies say they are seeking a plan that balances safety, economics, technology, fuel conservation and pollution reduction – a proposal anticipated to prevent thousands of on-road fatalities and injuries compared to the standards set forth in the 2012 final rule. The joint proposal initiates a process to establish a new 50-state fuel-economy and tailpipe carbon-dioxide-emissions standard for cars and light trucks covering ’21 through ’26 model years.

“We are delivering on President Trump’s promise to the American public that his administration would address and fix the current fuel-economy and greenhouse-gas emissions standards,” says EPA Acting Administrator Andrew Wheeler.

“Our proposal aims to strike the right regulatory balance based on the most recent information and create a 50-state solution that will enable more Americans to afford newer, safer vehicles that pollute less,” he says. “More realistic standards can save lives while continuing to improve the environment.”

Former state Sen. Fran Pavley, the co-author of groundbreaking AB 32 legislation to reduce California greenhouse-gas emissions, says she would prefer to see automakers sending in their engineers, rather than their lawyers, to fix the problem of air quality.

“The health-related costs associated with air pollution is what allowed us to receive this special authority,” Pavley writes in an email to Wards.

“The rest of the world market is demanding these cleaner cars,” she writes. “I am worried that the U.S. will fall behind once again to foreign automobile manufacturers.”