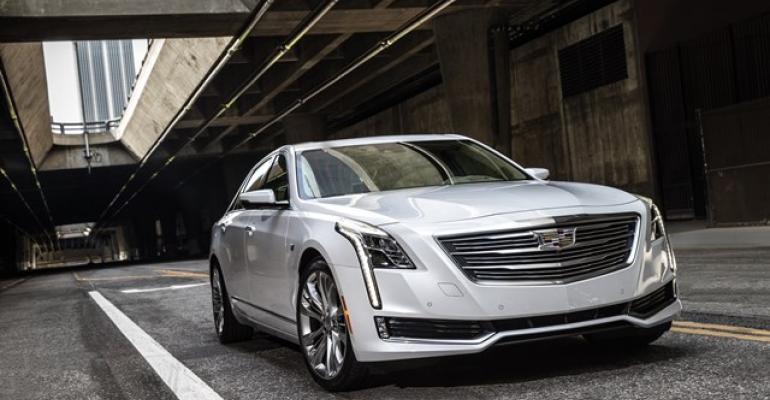 BOOK by Cadillac will charge a monthly fee of $1,500 for access to Cadillac vehicles without the obligation of leasing, financing or buying.

In arguably the first tangible move by a traditional automotive brand into the brave new-mobility world, Cadillac says today it will provide a fleet of high-end cars and light trucks to a white-glove car-sharing service allowing members to jump between vehicles at any time for a flat monthly fee.

BOOK by Cadillac will charge a tony monthly fee of $1,500 for access to Cadillac vehicles, beginning in the New York metro area ahead of other U.S. markets, without the obligation of leasing, financing or buying. Members need not sweat other onerous ownership responsibilities such as insurance or maintenance, either.

The service even will clean the cars and deliver them to the member’s location of choice on-demand through app-enabled access. It is billed as a service “For those who value experience over possession.”

“BOOK by Cadillac is an innovative new option targeted at a growing class of luxury drivers searching for access to various cars over time, dependent on their individual needs, coupled with a hassle-free white-glove exchange,” says Cadillac Chief Marketing Officer Uwe Eillinghaus.

Membership is month-to-month, the General Motors luxury unit says, and there is no long-term agreement. Mileage is unlimited, too.

As examples of its flexibility, Cadillac suggests members could enjoy a high-performance Cadillac V-Series model for their weekday commute and switch to an Escalade large SUV for a ski getaway on the weekend. They also could choose to drive one model during the summer and another in the winter. 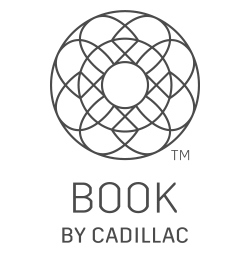 Car-sharing, or short-term car rental, is hardly a new concept but its popularity has swelled in recent years alongside other alternative transportation methods such as ride-hailing though services including Uber and Lyft.

GM recently launched the car-sharing service Maven, which in 10 months has expanded to 13 U.S. cities with an estimated 13,000 members logging about 28 million miles at $8 an hour.

But car-sharing services rent hourly, whereas Book by Cadillac offers long-term use and vehicles are exclusively top-of-the-line offerings from the brand, which push into the six-figure range.

There are certain eligibility requirements for the Cadillac service, such as a valid driver’s license. Membership will be limited. A website for the service has been launched to accept applications with an eye on deploying vehicles Feb. 1.

BOOK by Cadillac not only thrusts the 114-year-old brand into the forefront of new-mobility in the luxury realm in the U.S. among traditional automakers, but also could play a key role in GM’s plan to rejuvenate the unit with a $12 billion product investment and glittering new headquarters alongside iconic fashion houses in Lower Manhattan.

In addition, it can be viewed as another step in Cadillac CEO Johan de Nyscchen’s vision to remake the customer experience with the brand, which reportedly includes shuttering some stores and equipping others as virtual showrooms, and aggressively expand into new markets.

GM has tried unsuccessfully in recent years to bring Cadillac alongside contemporary luxury brands such as Mercedes-Benz and BMW, but the latest effort is its broadest yet and this year resulted in a global sales increase of 11.1% to 308,692 units compared with 2015. That’s the largest volume the brand has done since 1986.