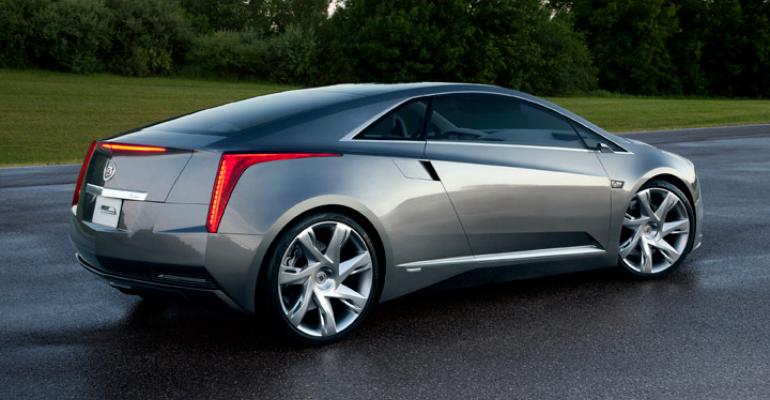 WEST HOLLYWOOD, CA – Cadillac is embarked on a decade-long product rollout meant to build a showroom of diverse luxury products, not unlike those of its German rivals, marketing chief Don Butler says.

“We’ve laid out a 10-year vision for the brand, so you’re going to see a steady cadence of products over time,” Butler tells WardsAuto during a media preview here for the new-for-’13 XTS large sedan.

The XTS due at dealers early next month and the ATS small sports sedan coming later in the summer bookend the CTS midsize sports sedan to give Cadillac three core cars with which to grow.

Cadillac’s comeback dates back to 1998, but a decade of financial trouble at General Motors punctuated by its 2009 bankruptcy led to fits and starts of new-vehicle programs for the brand and a currently sparse 3-product showroom.

Now booking billions of dollars in profits, GM has the renewed financial legs to support its toniest division and re-open its product pipeline.

“We now have financial stability, we’ve got (product-) portfolio stability and we now have a much more disciplined product-development process,” he says.

The lineup will not be broadened overnight, but expect a future Cadillac showroom not dissimilar to BMW or Mercedes, where bread-and-butter products make sexier smaller-volume plays possible, Butler says.

A prime example is the ELR.

GM recently confirmed it would build the extended-range electric vehicle, reversing a decision to shelve the sports coupe because the auto maker was uncertain it could strike the right balance between luxury appointments and battery range with the car.

The ELR also will be a jaw-dropper, Butler says. “It will be amazing luxury coupe, a visually stunning car that happens to be electric.”

However, it remains unlikely the Cadillac will have the battery range of the Chevrolet Volt, Butler admits.

The Volt can travel about 40 miles (64 km) before a small gasoline-powered motor/generator takes over to provide another 300 miles (483 km) of range before the driver must recharge or fill up.

“It might not have the same range as a Volt, but it will have attributes in other areas that are important to luxury buyers,” Butler says.

Former GM product boss Bob Lutz said shortly after the ELR bowed in 2009 as the Cadillac Converj concept that adding necessary luxury items and performance to the platform would diminish the car’s battery range too much. GM’s financial outlook after its 2009 bankruptcy also remained in question at that time.

Reports now indicate the auto maker might be able to squeeze more juice out of the propulsion system’s lithium-ion battery pack, and GM appears to be firmly back in the black.

Volt sales have not met expectations, forcing GM earlier this year to idle its Detroit-Hamtramck assembly plant, where the ELR also will be built, to trim inventories bloated by a federal safety probe of the car. It has since been declared safe.

Sales have ticked back up, although criticism of the Volt runs at an all-time high as politicians try to portray the car as a failure of Barack Obama’s presidency ahead of the fall election.

The Volt’s $40,000 price tag also has been a hurdle for the technology-rich car, and the ELR certainly will command an even steeper sticker.

Butler declines to elaborate on any technical or pricing details surrounding the ELR, expected in late-2013 as a ’14 model with export to international markets. But he says GM management ultimately could not pass up on the boost the car could provide toward rebuilding the Cadillac brand.

“We have a broader perspective,” he adds, suggesting the car also will help revive Cadillac’s reputation as an innovator. “The ELR will be fantastic vehicle for us in that regard.”

The ultimate goal at Cadillac would be fulfilling its marketing claim as “The New Standard of the World,” a modern twist on a longtime slogan for the brand.

Butler concedes it is a dangerously bold assertion for a brand lost in the woods for so many years, although products such as the CTS-V performance line and new CUE infotainment system give it credence.

“It is bold and audacious, absolutely,” he says of the marketing tagline. “Are we the standard of the world in every facet of our business? No. Is that something we aspire to? Absolutely.

“I would rather have an ambitious goal than saying we’ll do the best we can. That’s not Cadillac.”