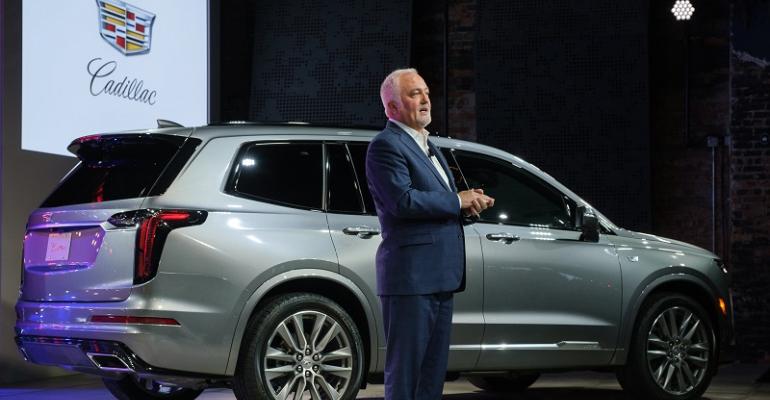 DETROIT – In the game of hockey it is called changing on the fly, where players race off the bench to substitute for those on the ice while the clock is running, and the same could be said for Cadillac. Except it is overtime.

A new marketing chief was added to the roster, as well, while the brand’s sedan-centric product portfolio is being flipped over to the crossovers and SUVs buyers are craving. Cadillac also will be the first GM brand to kick the internal-combustion engine to the curb.

“We don’t have any chances left with taking Cadillac to a new place, this is pretty much it,” GM President and product boss Mark Reuss recently said of it taking the automaker’s electrification baton.

Carlisle expresses the same sentiment but stops short of calling the situation desperate as the brand moves back to its native Detroit from New York to be closer to product development.

“I wouldn’t call it desperation,” he tells Wards during an interview here. “We have to electrify transportation. We have an opportunity to change the world so let’s focus intensely on that, and we have confidence in the technology and there are early signs we’re turning the brand around.

“But it does not occur without consequence, in terms of resource allocation, return on investment (and) return to the shareholders,” says Carlisle, who joined GM in 1982 and has held senior leadership positions in nearly every corner of GM’s global business. “We won’t get a second chance to spend billions of dollars.”

GM is pouring $12 billion worth of product into Cadillac. The latest in its new-vehicle volley are the XT4 small crossover, which occupies the hottest segment in luxury, and a long-awaited baby Escalade with the 3-row XT6.

A redesigned Escalade, which dominates the big SUV segment and which Carlisle promises will be a leap forward in truck-lux, arrives next year. Three years down the road, Cadillac will receive its battery-electric vehicle, a crossover-leaning product riding on GM’s third-generation EV platform.

“We’ve made huge investments in building out our current internal-combustion portfolio and that’s the significance of the XT6 launch, filling the last gap that we know about in the SUV and crossover lineup,” says Carlisle, a native of Woodstock, ON, Canada, and avid hockey enthusiast. “At the same time, we need to start making a hard pivot in terms of resources to electrification.”

Giving Cadillac the lead on electrification at GM also is a pivot for the Detroit automaker. Its volume Chevrolet brand previously led the charge with the Chevy Volt plug-in in 2010 and Chevy Bolt EV seven years later in what GM described as a bid to take the technology mainstream. But as Tesla and other luxury sellers such as Jaguar and Audi have demonstrated, it makes more sense to start at the top because wealthier buyers generally are first to new technologies.

“It tends to be the more-affluent, higher-educated consumers that, from a sensibility point of view, is more interested in technology early on,” says Carlisle, who holds engineering and business degrees from the University of Waterloo and the Massachusetts Institute of Technology, respectively.

“If they have an electric car, it is probably not the only car in the driveway,” Carlisle says. “Take all those things into consideration, and it makes sense for Cadillac to take on the role as leader when it comes to electrification.”

But for all the electrification that may lie ahead for Cadillac, it still must stabilize its business in the here and now. The brand delivered 154,702 units in the U.S. last year, a decline of 1.1% and far off the pace of German and Asian rivals. It has not witnessed back-to-back annual sales gains in its most-profitable home market since the industry began its climb out of the economic recession in 2011.

The good news: The brand recorded record global results of more than 380,000 units on the strength of demand in China and in another couple months will have the crossovers it needs to compete in the U.S. Carlisle also signals more flexibility on pricing, whereas his predecessor was less willing to capitulate after years of discounting weakened the brand.

“We need to be in the mix,” he says. “It’s a balance between profitability and growth. We must have momentum, but not discounting to the point where we’re doing damage to residual values. There is a history of that.

“We’re in the middle of the road on pricing and (average transaction prices),” Carlisle offers. “We can be happy with that, given where we are in the product cycle. Now, that will change immediately.”

Project Pinnacle, a standards requirement for Cadillac dealers begun under de Nysschen to polish showrooms and raise customer satisfaction, will remain in place, Carlisle says. However, he pledges to work with dealers to continue tinkering with the program so both sides see greater mutual benefit.

“We look at J.D. Power service satisfaction, sales satisfaction, and we’ve moved up the ranks quite a bit. I would attribute that, at least in part, to Pinnacle,” he says. “There is still a lot we can do. We work cooperatively with our dealers, compared to how it was launched, and we can fine-tune it over time. It’s like any incentive program, you figure out how to make it work.”

Carlisle says he grew up in southwestern Ontario aspiring to own a Cadillac, never thinking he would and let alone become president of the historic brand. The more he learned about Cadillac throughout his career, the more deeply he says he has come to appreciate its technological and cultural significance. Carlisle says Cadillac founder Henry Leland’s ode, The Penalty of Leadership, has special meaning to him.

“I feel the responsibility, but more than that the excitement,” he says. “Let’s get on the ice, drop the puck and get in the corners with our elbows up.” 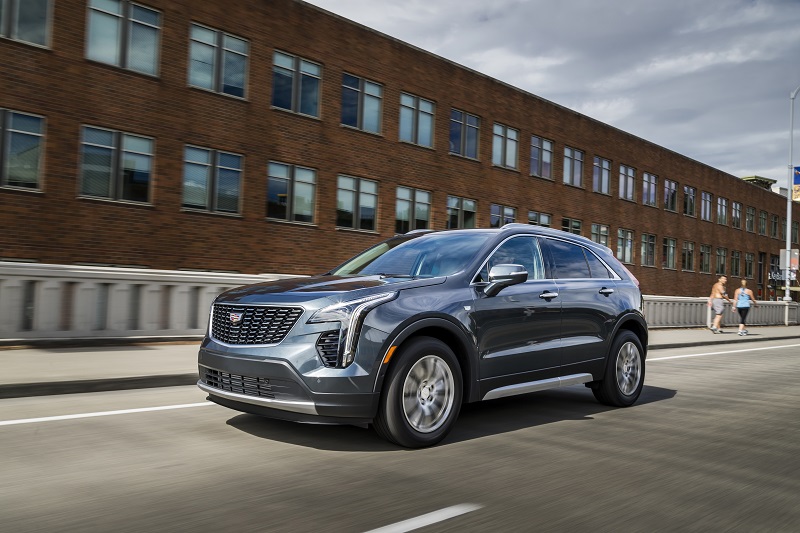