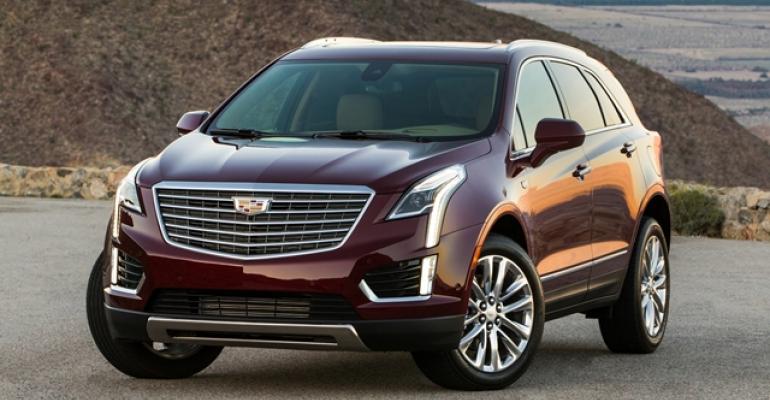 GM says its average transaction price was more than $35,400 for the year and surpassed $38,000 in December. Both are records and above the industry average of $31,600 for the calendar year, the automaker says.

Buick and GMC posted sales gains in December, while Chevrolet was flat and Cadillac continued its desperate struggles as nearly every model in the luxury brand’s stable was down dramatically relative to December 2016.

Cadillac’s other gainer for 2017, its first full year in the market, was the CT6 flagship sedan, which first arrived in showrooms in spring 2016 and was up 15.0% to 10,542 units last year. Throughout 2017, the CT6 was badly outsold by the Mercedes S-Class, BMW 7-Series and Tesla Model S.

Like the rest of the industry, Buick is riding the wave of crossover popularity. Together, the Enclave, Envision and compact Encore CUV made up 81% of Buick’s 2017 sales, compared with about two-thirds in 2016.

Buick redesigned the LaCrosse sedan last year (winner of a 2017 Wards 10 Best Interiors trophy last spring), and its 2017 tally in a market lukewarm to conventional sedans was a mere 20,161 units, down 26.9%.

The all-new ’18 Regal also is arriving now in showrooms with three body styles: Sportback 5-door, GS sedan and TourX estate car. With the previous-generation Regal ramping down, 2017 deliveries for the sedan were off 41.7% to 11,559 units.

Volume for the all-electric Bolt EV also picked up dramatically in December to 3,227 units, for a full-year tally of 23,297. GM says December was Bolt’s best sales month since launching earlier in the year.

Overall, Chevrolet says its average transaction price for the month was the best ever at more than $34,000. Since the end of 2014, the brand says its retail share has grown from 10.2%, according to Polk registration data, to an estimated 11.2%.

Across all brands, GM says its average transaction prices (which are net of incentive spending estimates) were more than $35,400 for the year and surpassed $38,000 in December. Both are records, and above the industry average of $31,600 for the calendar year, the automaker says.

GM says it exceeded its target in reducing year-end inventories to 63 days’ supply. Inventories were 752,554 units, down 90,000 from a year ago.

Mustafa Mohatarem, GM’s chief economist, forecasts 2018 total vehicle sales (including medium and heavy trucks) to exceed 17 million units for the fourth year in a row. Light-vehicle sales are forecast to be in the high 16 million-unit range.

“In 2017, we had solid GDP growth and good news on employment, wages and consumer sentiment, which helped deliver very strong retail sales for the auto industry,” he says. “This year, many consumers will see their take-home pay rise because of tax reform. That will keep the broad economy growing, and help keep sales at very healthy levels even as the Fed increases interest rates.”

On a retail basis, 78% of GM sales are now trucks and crossovers, compared with an industry average of 65%, the automaker says.