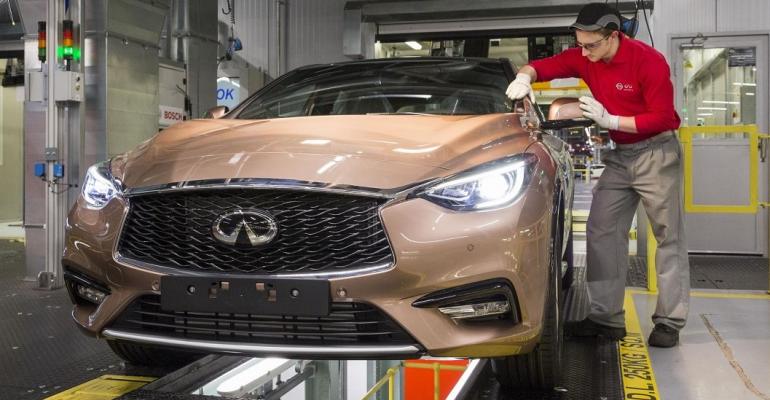 A fall of 11.9% in automotive employment comes as Society of Motor Manufacturers and Traders figures show car production plunged 14.2% year-over-year in 2019, to 1,303,135 units.

Brexit is taking some of the blame for a slump in U.K. automotive industry jobs and pay against an overall rise in employment across industries.

A fall of 11.9% in automotive employment comes as Society of Motor Manufacturers and Traders figures show car production plunged 14.2% year-over-year in 2019, to 1,303,135 units.

According to a study exploring job-market data for January by U.K. job board CV-Library, auto-sector businesses have yet to regain their confidence in the region’s economy. This is despite vacancies growing 2.8% in the U.K. overall.

The study also claims automotive salaries dropped 2% in January from year-ago and 3% when comparing January figures with December 2019.

CV-Library’s founder and CEO, Lee Biggins, contends the threat to the U.K.’s automotive logistics chain in the event of a failed trade deal with the European Union is a main driver in this scaling back of staff.

“Our data clearly shows that the looming Brexit deadline held automotive businesses back last month,” he says. “While it’s typically a busy period for hiring, the drop in both job vacancies and salaries suggests that organizations in the sector have yet to regain their trust in the U.K. economy.”

However, the data suggests the dip in jobs and lower salaries didn’t put the industry’s job hunters off, as applications actually rose 1.2% year-on-year.

Biggins added: “We know that the automotive industry will be most affected by our departure from the (European Union). As such, it’s understandable that businesses in the sector were reticent to expand their organizations last month. However, there is clearly a demand for new roles, and employers should make the most of this growing talent pool in order to remain competitive.

“Rather than battening down the hatches, take the time to improve your job postings, invest in the best hiring tools and start the search for your next hire, now.”