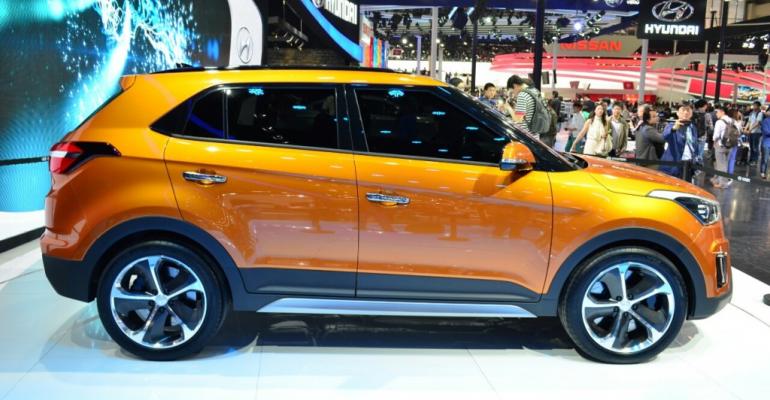 The consumer boycott of Korean products includes not only automobiles but also cosmetics and electronics in China, which accounts for a little more than 25% of Hyundai Group&rsquo;s global sales.

Hyundai and Kia are saying little about Chinese media reports and word from industry sources that the Korean automakersʼ combined March sales plummeted 52% amid a politically charged consumer boycott.

Official sales figures are to be released soon by the China Association of Automobile Manufacturers, while the automakers have withheld their regular monthly announcement of export sales.

“We do not have finalized sales numbers for March,“ a Hyundai Motor Group spokesman tells WardsAuto. ‟These numbers normally get finalized in the middle of the month and announced by (CAAM).

But, the spokesman adds, “We have seen a recent drop in showroom traffic in China as consumer sentiment towards Korean products overall is low and competitors are initiating special promotions targeting our customers.”

The automakers’ figures showing China sales in the first two months of the year, which match the official CAAM tallies, total 201,319 units, down 8%. But that preceded a consumer boycott of Korean products including not only automobiles but also cosmetics and electronics in China, which accounts for a little more than 25% of Hyundai Group’s global sales.

The boycott stems from the Chinese government’s denunciation of Korea’s deployment of a U.S.-produced missile-defense system. China complains the system’s radar can reach deeply into the country and snoop on its own aerospace and military flight activity.

Local media reports say some Volkswagen dealerships are offering incentives to customers who buy a VW to replace a Korean-brand vehicle.

Hyundai's joint venture in China, Beijing Hyundai Motor, is targeting 9.5% growth this year, from 1.14 million deliveries in 2016 to 1.25 million – March’s crash notwithstanding.