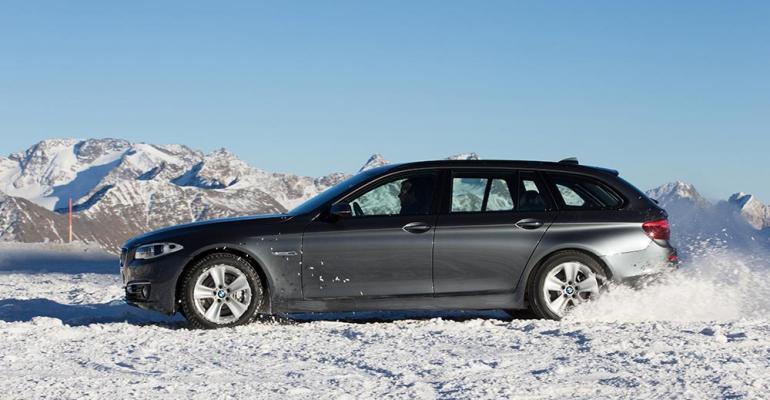 Wherever production is based, it is expected the same range of vehicles will be assembled as in Kaliningrad, including the 3-Series, 5-Series and 7-Series sedans, as well as X1, X3, X5 and X6 CUVs.

BMW continues talks with the Russian government and regional authorities about establishing a plant within the country.

Possible site options include St. Petersburg, Moscow and the Kaliningrad regions, according to Russian Minister of Industry and Trade Denis Manturov, who is responsible for development of the auto industry.

BMW’s interest in Russia was recently confirmed by Senior Vice President Hendrik von Künheim, who said BMW is going to increase the level of localization of its existing production at the facilities of Russian auto company Avtotor near Kaliningrad.

Von Künheim has said the automaker has studied several technological zones within Russia specially designed for auto production, and that a decision will be forthcoming.

In the case of Kaliningrad, Avtotor Chairman Valery Gorbunov said in November an agreement with BMW Group regarding plant construction could be signed in spring 2018.

Maximilian Kelner, general director-BMW Russia, says negotiations with Kaliningrad authorities are ongoing, while a final decision might be made in first-half 2018. BMW considers Kaliningrad the most probable location for its new plant. The company has considered such a possibility since 2012, but implementation was suspended due to the unfavorable market and the beginning of Western sanctions against Russia.

In the case of St. Petersburg, BMW may consider launching production at the former General Motors plant. Plans to resume operations at that facility were suspended in 2015, and a search for an investor continues.

Russian Ministry of Industry and Trade analysts say the former GM plant in St. Petersburg could provide the best solution for BMW. They note Kaliningrad last year lost its status that allowed manufacturers to bypass customs duties for foreign components, regardless of the level of localization of their production. The impact on BMW revenue in Russia was severe.

In addition, the analysts say, the launch of a new plant in St. Petersburg could be more convenient for BMW in terms of logistics, taking into account the status of St. Petersburg as one of the world’s largest seaports and its proximity to the European Union.

Wherever production is based, it is expected the same range of vehicles will be assembled as in Kaliningrad, including the 3-Series, 5-Series and 7-Series sedans, as well as X1, X3, X5 and X6 CUVs.

Last year, Avtotor in Kaliningrad produced 17,000 vehicles, and that level of output is expected to be matched in the initial stage.

Ministry of Industry and Trade analysts believe BMW has chosen the right time for building a plant in Russia, taking into account the current stable demand for the German automaker’s vehicles in Russia.

According to the Association of European Businesses, BMW sold 27,500 vehicles in Russia in 2016, which is comparable to the 2015 tally. Sales for 2017 may grow significantly amid the ongoing recovery of the Russian economy from the financial crisis and the revival of the local automotive market.

Bidders for GM’s St. Petersburg plant included Daimler, but the automaker decided to build a greenfield plant near Moscow instead.