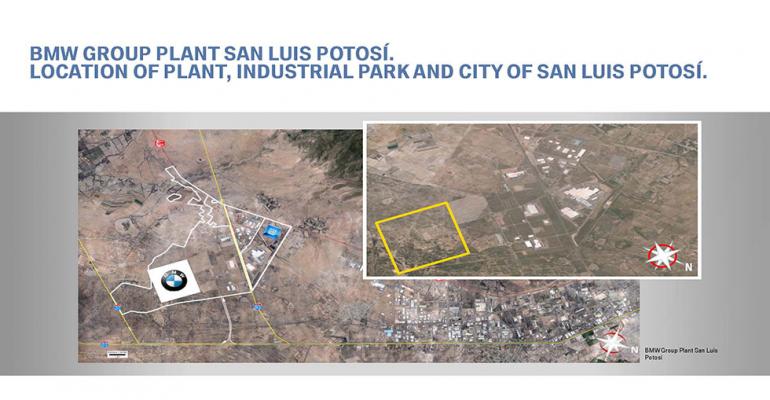 BMW is pushing ahead as quickly as possible with construction of its new plant in San Luis Potosi, Mexico. The $1 billion facility will produce 150,000 vehicles per year by 2019.

With its global sales expected to set another record in 2015 following a torrid 2014 in which BMW delivered nearly 2.1 million vehicles, the German automaker can’t move fast enough to begin construction next year on a new plant in Mexico.

BMW officials say the $1 billion operation in San Luis Potosí in central Mexico should be in full production by 2019. The plant is expected to produce 150,000 vehicles annually and employ about 1,500.

The company is now in the process of identifying and hiring workers and lining up suppliers to support the production. BMW says it already has some 100 suppliers in Mexico, many of which will provide parts and components for San Luis Potosi.

The facility is located in an industrial park that is also home to a General Motors plant that produces small Chevrolet vehicles including the Trax CUV. BMW is not disclosing which models will be produced at San Luis Potosi, but notes that most will be for export.

BMW’s plant in Spartanburg, SC, is undergoing a $1 billion makeover to increase capacity from its current level of 300,000 units annually to 450,000. The plant builds all BMW X-Series models except the X1, and will be home to production of the X7 3-row CUV due in 2017.