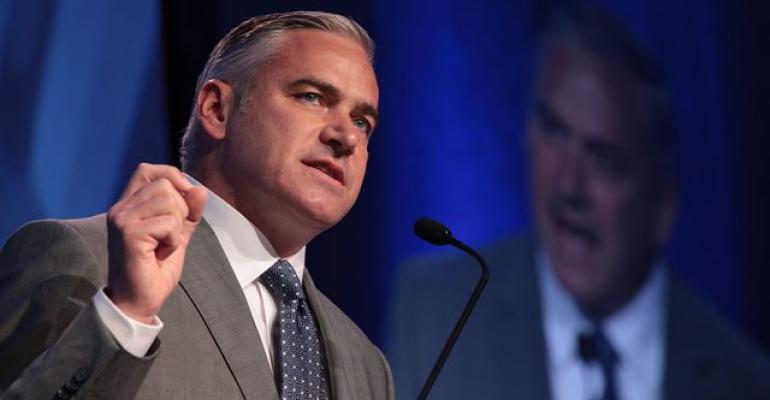 DETROIT – General Motors purchasing chief Steve Kiefer says the automaker is winning new technologies from suppliers, an area where it had lagged rival OEMs in the past, because the company is finally putting its money where its mouth is.

“It takes time to earn that,” Kiefer tells WardsAuto after the release of an annual supplier-relations study showing GM as the most-improved automaker. “But what we’ve been able to demonstrate over these last couple of years is that, when suppliers are bringing us new innovation, we are taking it seriously and we’re trying to get it into market first so the supplier can enjoy the benefits and we can enjoy the benefits.”

Good relations with suppliers, which GM has struggled to maintain dating back to the price-squeezing days of Jose Ignacio Lopez during the 1990s, historically means they are more willing to share innovations with their customers. When an automaker brings new technologies to the market first, whether it is for fuel efficiency, comfort and convenience or infotainment, it contributes to operating profit and competitiveness, Planning Perspectives says.

Only Toyota and Honda reap greater benefits from suppliers and their lead on GM has narrowed, Planning Perspectives says.

“We’ve talked openly during our monthly meetings with our entire supply base, and I think the supply base is starting to believe our story and support us,” he says on the sidelines of an event here announcing an industry-first sustainable tire-sourcing strategy. 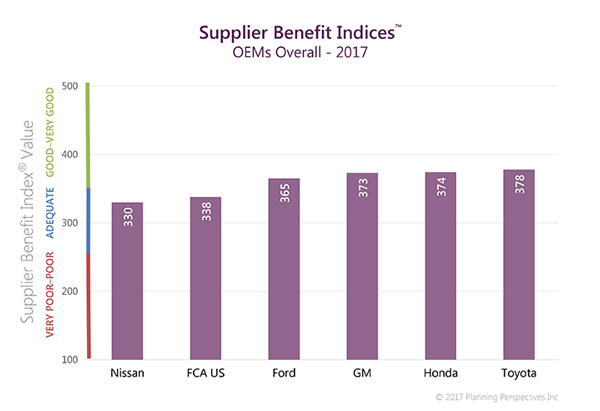 “We’re bringing suppliers into the development process earlier than we ever have before, so they can help us build the requirement for the vehicle rather than us dropping requirements on (them). That’s also allowing us to get the best ideas,” he adds. “It’s a blank-canvas approach, so they can bring their best ideas to us four, sometimes five, years before production and we can incorporate their ideas in a cost-effective and timely manner.”

GM also provides parts makers a clearer view of its sales forecasts so they plan output levels to more effectively use production capital and the automaker awards multi-generation contracts on its best-selling products, which can expand a supplier’s profit on a particular program from millions of dollars to billions of dollars.

Suppliers win bigger these days when GM saves money thanks to one of their innovations, too.

“That’s been a critical piece of our approach,” says Kiefer, senior vice president-Global Purchasing and Supply Chain at GM. “Everything that we’ve done has been focused on a win-win relationship, based on common-cost sharing and common-benefits sharing.”

However, Kiefer stops short of declaring healthy supplier relations a panacea for poor profitability, as some industry experts suggest.

“Let me say this: When General Motors is making money and our suppliers are making money the relationship seems to be really good.”