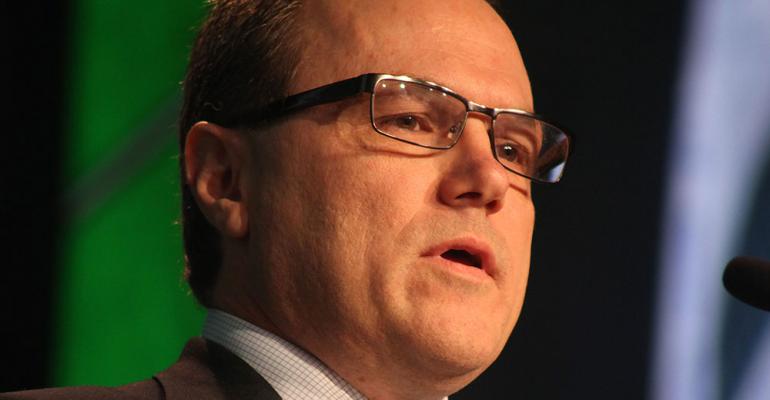 The aluminum producer now has several new alloys promising better strength or new formability in the process of approval by customers.

The blanks for a door structure will reduce net weight and cost 5% less compared to an aluminum assembly, he says.

The process uses both fast laser welding and slower friction-stir welding that is robust for a wider range of alloys.

The partnership with Wuhan Iron and Steel (Wisco) and Tailored Welded Blanks (TWB) is just one of the areas where Novelis is committing R&D resources.

Novelis is the leader in sheet aluminum, much of which is used for soft-drink cans.

Only 9% of Novelis’ business is in automotive, but 40% of the company’s R&D money is committed to automotive projects because of the industry’s rapid growth, Summe says.

Novelis is a lead supplier of aluminum on Ford’s new F-150 pickup, and the company agrees with the assessment of Martin Kinsella, director-advanced materials and process technology for manufacturing-systems developer Comau, that 70% of pickup bodies soon will be aluminum.

Reducing the weight of light trucks makes sense, because it permits them to carry heavier loads and remain legal on highways. At the same time, lighter vehicles use less fuel, and “pickup volumes are so high that it has a big impact on CAFE,” Summe says.

Novelis is proud of its innovation record. The body side for the Range Rover is the thought to be the largest stamping in the auto industry, he says. Advancements in developing new alloys have reduced the thickness of the part to just 0.04 in. (1.1 mm), down from 0.06 in. (1.5 mm) on the old Jaguar XJ.

Working closely with Jaguar Land Rover has been essential to the rapid development of new products. Novelis now has several new alloys promising better strength or new formability in the process of approval by customers, or are ready to sell.

Among the products it has developed is an alloy that can be used by companies using remote laser welding, which requires no filler wire. The material will allow welding speeds of 72.2 ft. (22 m) per minute, and gaps as small as 0.016 in. (0.4 mm). Approvals are in process at several manufacturers, Summe says.

Other new joining technologies include a friction-stir-welding dedicated line commissioned in North America earlier this year, and a laser-welding line for structural parts using a welding concept from partner TWB that will start production in Europe in the third quarter.