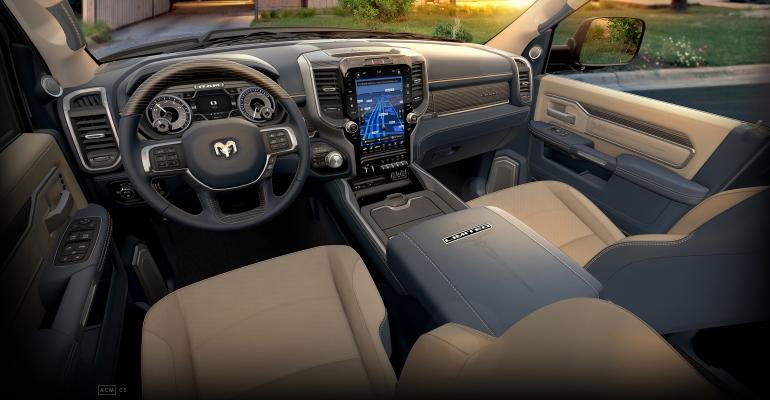 Ram on a roll.
Industry

Automakers to Watch in 2020

DETROIT – Considering how well recently introduced midsize pickup trucks are doing, it may be a wonder why domestic automakers abandoned that segment in the first place.

General Motors returned to the sector a few years ago with its Chevy Colorado and GMC Canyon.

Last year, Jeep and Ford came back with the Gladiator and Ranger, respectively. Both are off to a good start. The Gladiator won the 2020 North American Truck of the Year award.

“One-hundred thousand new sales were brought in by the Ranger,” says Eric Ibara, director-residuals and cost-to-own at Cox Automotive. “Midsize trucks carry among the highest residual values in the market.”

The Toyota Tacoma, which never left the midsize pickup market, is the segment leader with 248,801 sales last year, according to Wards Intelligence.

Ironically, Nissan market research leading up to the 2003 launch of its Titan fullsize pickup indicated that while Ford and Chevy big truck owners were particularly brand-loyal, Ram was seen as vulnerable to potential Titan conquesting.

That never happened. Titan sales have been soft from the start. The model finished last year with sales of 31,514 units.

Shortly after the Titan debut, Carlos Ghosn, head of Nissan at the time, told Wards a primary reason the automaker decided to put a big truck on the market was at the request of U.S. dealers. They thought they could sell a ton of them.

At a Cox media event, Ibara and Michelle Krebs, Cox’s senior industry analyst, tell which automakers they are watching this year.

One of them is Nissan and its Infiniti luxury brand. Ghosn, charged in Japan with money crimes involving Nissan, made a daring escape to Lebanon, then blasted the automaker at a subsequent press conference.

“We’re waiting for the book to come out,” Krebs says of the getaway. She adds, “There is turmoil as Ghosn condemns the company. Will Nissan move forward after the Ghosn era?”

Ford: It fumbled recent launches, Krebs says. “Are they back on track? More importantly, will Ford smoothly execute the upcoming F-Series launch?”

FCA: Ibara and Krebs wonder what the pending merger with PSA/Peugeot will bring. “And how do they address declining Alfa Romeo, Fiat, Chrysler and Dodge brands?” Krebs says.

It seems that without Jeep and Ram, FCA would be going down for the third time in the U.S.

Volkswagen: It survived the diesel emissions-trickery scandal, now shows signs of health and has switched its powertrain strategy from diesel to electrification. “Can it survive a switch to EVs?” Krebs asks.

Tesla: “Everyone is watching, always, and the stock is near $500,” Krebs says. A big question is how the scheduled summer launch of its electric Model Y compact CUV will go. “And that pickup truck?” says Kreb referring to a concept vehicle Tesla unveiled. Its militaristic design is so out-there, it looks like it belongs on a battleground. Or at least a sequel to “Robocop.”