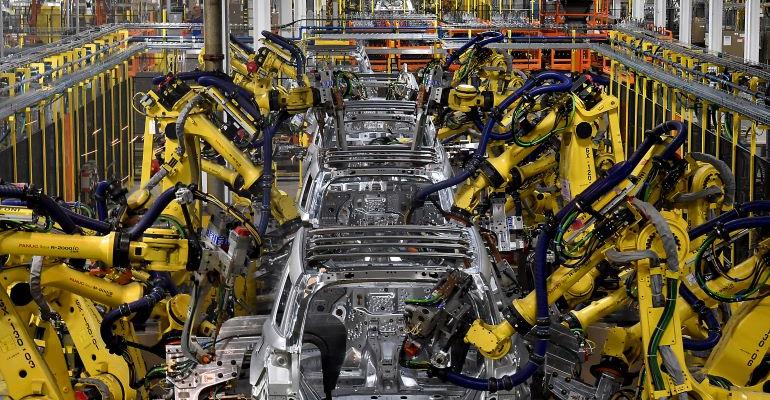 As automakers reopen plants that were idled because of the coronavirus crisis, they should address a longstanding industry issue: way too many variations built off the same vehicle.

He puts it this way: Most vehicles can be built in thousands of different configurations based on, among other things, a combination of engine, transmission, powertrain and optional equipment. 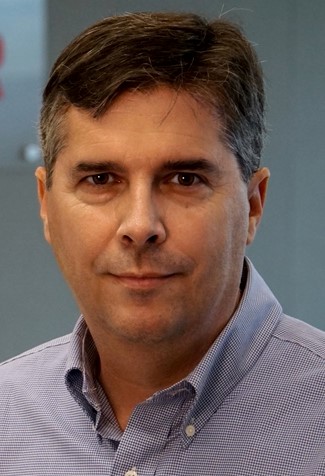 For model year ’19, 13.6 million vehicles were sold to retail buyers. Not accounting for color, those sales were generated by more than 600,000 unique configurations of vehicles. (Betts, left)

“That averages to 22 cars sold per unique configuration for all of 2019,” Betts says. “It seems a bit hard to accept.”

Exaggerating slightly to emphasize his point, he calls such cars “unicorns.” He defines those as vehicles with specific features and sales of 50 units or fewer.

Those small batches often linger on dealer lots and fail to justify the cost of manufacturing them, Betts says. “We build a lot of unicorns is the U.S. and I’m not sure why or whether we should. Is it worth spending the money?”

He points to a certain vehicle (but doesn’t name it) with a slew of variations from one model to the next.

Calling it “Model A,” he says it “sits on dealer lots for just over 80 days

on average and brings in under $100 of front-profit to the dealer.” (That excludes financing and backend aftermarket products.)

“Eighty-eight percent of its configurations sell fewer than 50 units each, and these configurations account only for 25% of its total sales,” Betts says during a J.D. Power webinar on COVID-19’s effect on the auto industry.

He notes the U.S. is a “sell-from-stock” automotive market as opposed to Europe’s predominantly build-to-order approach.

Of U.S. car shoppers, he says, “Are they buying a vehicle because it’s of a configuration they dreamed of, or are they buying it because it is there (on the dealer lot)?”

The large pickup truck segment tops the list of vehicles with the most configurations, more than 70,000. (See chart below.) Pickups come in all sorts of trim levels. Body lengths vary, as do particular features, depending on whether the vehicle is built for tradesmen, horse ranchers, surfers or merely people who like pickups without necessarily needing one. Affluent members of that last group can drop $70,000 on a premium trim level.

The larger the vehicle, the more configurations. “It explodes quickly when a vehicle is bigger,” Betts says. “There are more places to put (things such as) buttons.”

Dealer Wes Lutz recalls that when FCA resurrected the Dodge Dart in 2012, it urged shoppers to go its website’s online configurator that allowed them to build a virtual Dart picking from the various features and options available.

Shoppers configured their near-customized cars, then headed to the dealership to buy them.

The problem was that it’s impossible for a dealer to stock every conceivable configuration, Lutz, owner of a Jeep, Dodge, Chrysler and Ram dealership in Jackson, MI, noted at a previous industry event.

“People came in jazzed, and then they were disappointed,” he said.

these ‘special’ versions,” he says. “Low-volume configurations are a drag on sales performance and costs.”

If one sits unbought on a dealer lot until the end of the year – which is not unusual – then “the OEM and dealer must step in with concessions to sell it,” Betts says.

More than 61% of “unicorns” perform below the average for their respective models, he says.

As assembly plants reopen, they face the possibility of parts shortages because supplier factories have been idle, too. Consequently, it would behoove automakers to shorten vehicle configuration menus, Betts says.

“Parts shortages due to COVID-19 will drive many complex decisions by OEMs as to what to build,” Betts says, calling for an “emergency simplification of configurations.”

Reducing under-performers is an opportunity to reduce costs and improve sales, he says. 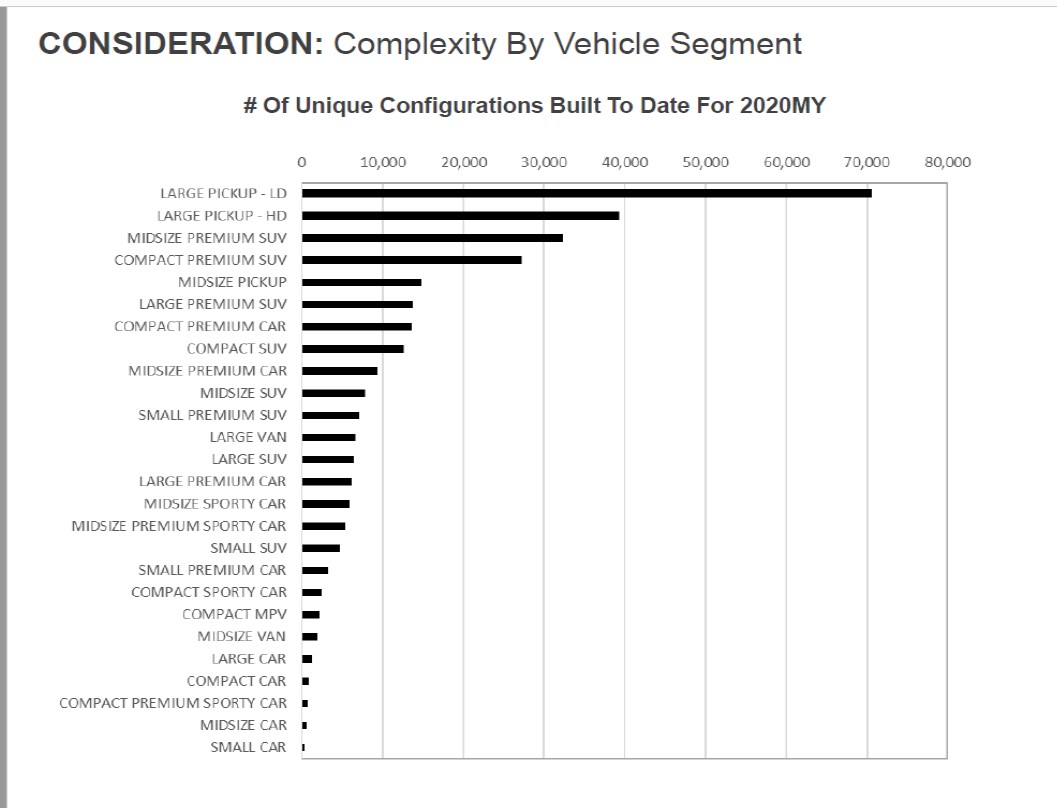