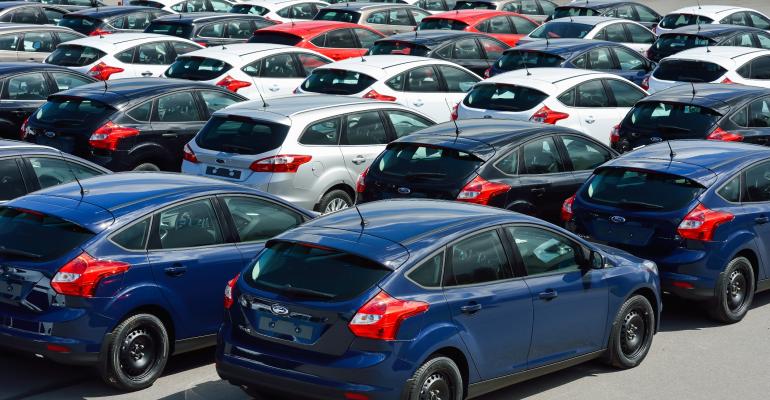 While the tax increase also would apply to importers, the government no longer can afford to raise subsidies for Russian automakers and global manufacturers operating locally at the same rate.

ST. PETERSBURG – Global automakers operating in Russia may formally protest government plans to significantly increase the vehicle-recycling tax, arguing it will raise car prices in a market already in a prolonged slump.

The Ministry of Finance proposes raising the tax, also called a utilization fee, 20% to 25% mainly in response to the devaluation of the ruble as the country’s economic crisis stemming from Western sanctions continues.

A ministry spokesman says the increase is needed because the utilization fee’s share of the customs value of imported cars declined from 10%-15% in 2012-2013 to 2%-7% currently.

Russia in 2012 introduced the fees for disposing of a car at the end of its lifecycle and initially applied it to imports. Domestically built cars and those built by foreign manufacturers in Russia were exempt.

The government has cited environmental issues in justifying the fees. But in effect they have compensated for losses by Russian automakers and global manufacturers with local production since the country joined the World Trade Organization and import duties fell from 25% to 10%-15%.

Pressured by the European Union, U.S., Japan and car importers, which filed a complaint with the WTO about the fees, the Russian government applied the levies to domestic automakers starting last year. The government soon afterward provided subsidies to compensate Russian automakers and global manufacturers with local operations for their added costs.

The higher fees, however, might significantly change the balance of power in the Russian auto industry. While they also would apply to importers, the fiscally distressed government will not be able to increase subsidies for local automakers and global manufacturers with local production at the same rate of the fee increase.

The fee increase also may prompt additional WTO proceedings against  Russia at a time when international attitudes toward the country generally are negative.

Representatives of several global automakers operating in Russia are considering appealing to Prime Minister Dmitry Medvedev to block the proposal.

April Cruelest Month Yet for Russian LV Sales
May 15, 2015