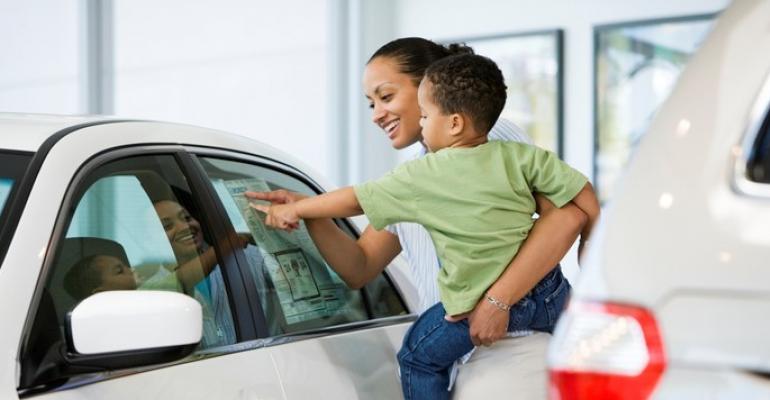 Auto Sales Out of Intensive Care

U.S. vehicle sales remain weak but are out of intensive care.

That’s according to J.D. Power’s weekly webinar on how the COVID-19 virus is affecting the auto industry. This week's report markedly contrasts with previous ones that were dire.

“Things are looking up,” says Tyson Jominy, J.D. Power’s vice-president-data and analytics. He points to three straight weeks of improved sales this month.

April vehicle sales to date are 294,000, about half of pre-virus forecasts. J.D. Power predicts sales of 12.6 million to 14.5 million for the year, compared with a pre-virus baseline of 16.8 million.

Still, all things considered, “indications are that the U.S. auto industry is in recovery, with April sales so far a full 11 percentage points higher than at the end of March,” Jominy says.

Retail auto sales had declined steadily and dangerously last month. Sales are stabilizing this month, according to J.D. Power.

Much of the improvement centers on all states now allowing vehicle sales in some form or another, which had not been the case previously due to strict stay-at-home orders in certain parts of the country.

Showroom sales now are permitted in 24 states. Online sales only are allowed in the other 26, with Michigan and lastly Pennsylvania easing their stay-at-home mandates to allow the remote vehicle sales.

“While several markets remain depressed, all major markets are showing signs of a recovery,” Jominy says.

That includes San Francisco, where sales had dropped about 90%, and New York, which saw sales fall to near zero last month.

Because New York has the highest number of recorded coronavirus cases, auto sales there are expected to improve slowly. But, Jominy predicts, “better days for New York are in the future.”

A week into Michigan allowing online auto sales, the Detroit market has improved rapidly, he adds.

Phoenix is the nation’s standout auto market, with sales off only 14% from pre-virus predictions. It’s also a city where 84-month vehicle loans “have exploded,” Jominy says. They represent 22% to 25% of auto financing in Arizona’s largest city.

The stretched-out terms are particularly popular with pickup truck buyers, he adds.

They’ve also spurred consumers to take out larger loans. The average loan amount for the month through April 19 was $39,000, up $2,900 from March’s month-end average.

May will be a critical sales month for the auto industry, King says.

Relaxation of stay-at-home restrictions affecting vehicle sales could allow automakers and dealers to capture what was lost in March and April, J.D. Power says.

Vehicle production has stopped and its outlook remains uncertain, but “the resumption of production in May is key to maintaining normal levels of supply,” King says.

As state restrictions on vehicle sales are relaxed, more automakers are enticing consumers with come-back discounts.

The Detroit 3 – along with Subaru, Hyundai, Kia, VW, Audi, Volvo and Jaguar Land Rover – have zero-percent finance offers with extended terms of 72 and 84 months. Jeep is offering employee pricing on certain models and many brands have a three-to-six-months deferred payment option for new buyers.

The top five segments, which represented 60% of 2019’s retail sales, are down 46% from the pre-virus forecast for the week ending April 19.

Among these segments, light-duty pickups have shown the greatest resilience with sales down only 16%. Correspondingly, the Detroit 3’s share of industry retail sales is still elevated over pre-virus levels; however, their share declined 1 percentage point from the prior week to 46% for the week ending April 19.