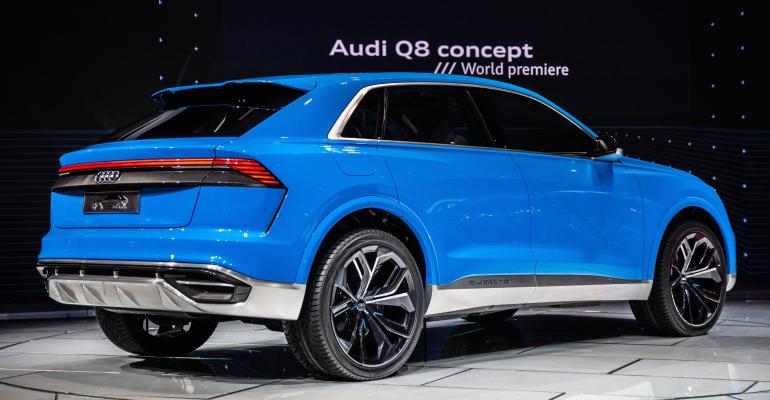 Audi&rsquo;s recovery strategy includes more flexible pricing and expanding its range of available vehicles, particularly the SUVs and CUVs that are relatively strong sellers in the overall soft Russian market.

Audi’s recovery strategy includes more flexible pricing and expanding its range of available vehicles, particularly the SUVs and CUVs that are relatively strong sellers in the overall soft Russian market.

Since the beginning of 2016 Audi has launched four new versions of its existing vehicles and six entirely new models in Russia. In that same period, Mercedes-Benz introduced 17 updates and 11 new products, while BMW rolled out five updates and 12 new offerings.

Audi also has been hamstrung by a short list of available engines. Dealers and consumers alike have complained about the lack of diesel versions of even its top-selling models; an exception is the Q7 CUV.

Another reason for Audi’s difficulties in Russia is its network of just 56 dealerships, compared with 67 for BMW and 77 for Mercedes.

The automaker announced in late May 2017 it was resuming Audi production at its Kaluga, Russia, plant, several months after it halted assemblies of A6 and A8 sedans. But that has yet to occur.

Lubomir Naiman, head of Audi in Russia, attributes the company’s position in the Russian market to its “focus on customer loyalty to quality and technology” and the lack of discounts.

Other Audi sources say the automaker considers Russia a strategic market for growth, even though its sales there represent just under 1% of global volume.

Audi has particularly high hopes for its Q8 CUV, which will compete against the BMW X6, Range Rover Sport and Porsche Cayenne. The automaker also will launch the Q5 CUV and new versions of its A8, A7 and A6 sedans this year.